By Helena Oliviero, The Atlanta Journal-Constitution

With the number of coronavirus cases again on the rise in Georgia, some health experts are worried that the fall surge threatening many states is happening here, too.

The seven-day rolling average of new cases in Georgia has climbed about 42% since bottoming out Oct. 2, and current hospitalizations have started to climb, an Atlanta Journal-Constitution analysis of state data shows. 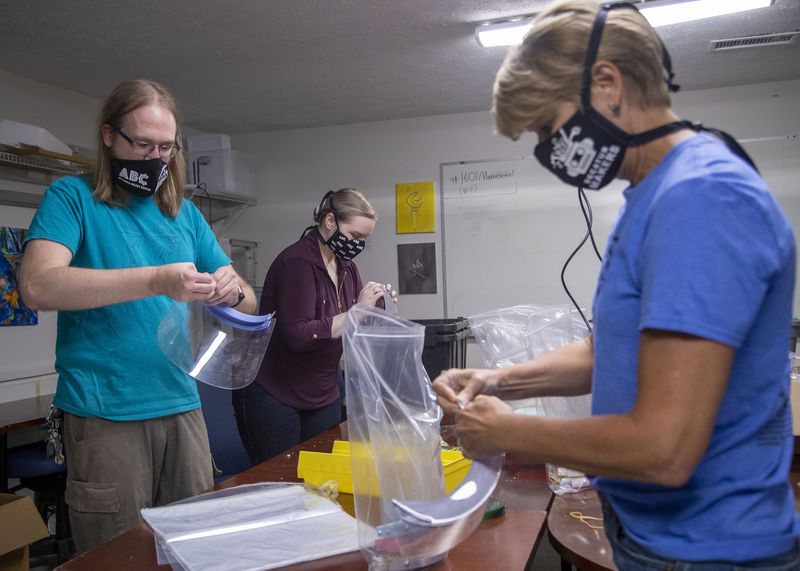 For now, cases in Georgia remain well below the summer surge that strained the state’s health care infrastructure and led to thousands of deaths. Georgia’s current rate of spread also is not as severe as the outbreaks seen in the Upper Midwest and Northwest.

Health experts said the cooler months ahead could be bleak in Georgia if residents do not heed warnings to wear masks, practice social distancing, wash hands, get a flu shot and avoid gatherings, particularly in poorly ventilated spaces.

The more that can be done outdoors, the better, they say.

Here’s a look at major coronavirus developments over the past week.

Georgia Tech officials are paying close attention to what they recently described as a “slight uptick” in positive COVID-19 cases on campus.

Georgia Tech had 60 students report positive tests in a recent seven-day stretch that ended Oct. 27, according to data posted on its website. Thirty-five of those students lived on campus. There were 30 positive student cases in the previous seven-day period.

“We have just four weeks left in the semester, and we have noticed some complacency setting in. A slight uptick in positive tests confirms these observations,” Georgia Tech officials said in a message to students. 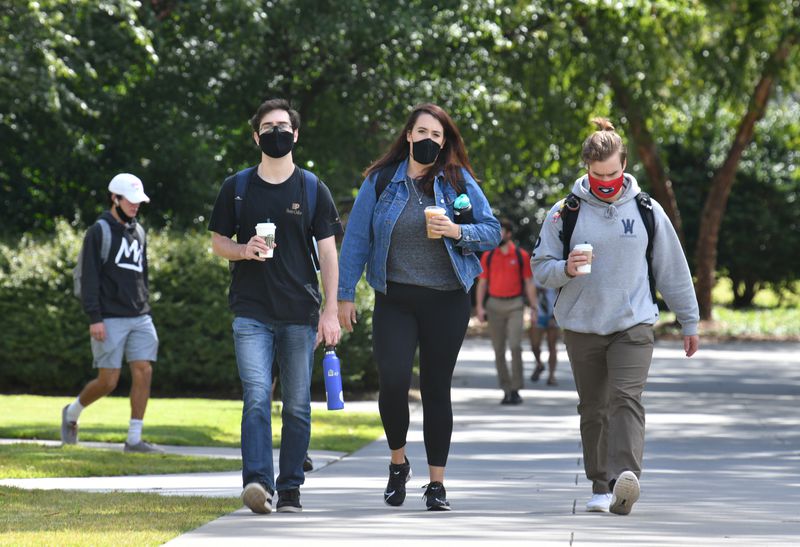 UGA officials have been urging students to get tested more frequently. More than 1,900 tests were done on campus, the third consecutive week UGA has conducted that number of tests or more.

The number of coronavirus cases at William Breman Jewish Home on Howell Mill Road has recently surged, bringing the total to 57 residents over the course of the pandemic, with 10 dying, according to the Department of Community Health’s daily status report. Three staff members have also tested positive at the nursing home, which currently has about 60 residents.

Until mid-October, the home had reported only a dozen residents testing positive throughout the pandemic. But in the last two weeks, the virus has quickly spread through the facility, according to the state reports.

Shari Bayer, a spokeswoman for Jewish HomeLife, which operates the William Breman home, said inspectors found no deficiencies at the facility during checks of its infection-control procedures, including one conducted last week.

Along with the Buckhead facility, state figures show that nursing homes in Ellijay, Fairburn, Eastman and Lafayette have all been hit with outbreaks in October after staying relatively safe for most of the pandemic.

Since the pandemic began, more than 2,600 Georgians in long-term care facilities have died from the virus, according to the state. At least 15,300 long-term residents and more than 8,000 staff have tested positive in spite of state and federal requirements for testing and limits on visitors at nursing homes, assisted living communities and personal care homes.

UPS and Delta Air Lines are gearing up for the massive endeavor of shipping COVID-19 vaccines around the world, once doses are available.

Sandy Springs-based UPS is expanding freezer farms in Louisville, Ky., and CEO Carol Tomé told investors Wednesday the company has been working on logistics for clinical trials, giving it “valuable data and insights” for distribution.

Delta, which has its largest hub at Hartsfield-Jackson International Airport, said it has expanded its cooler facilities at its Atlanta warehouse and will use a special cooler container in cargo holds of its planes to ship vaccines.

Air cargo is normally a key part of distributing temperature-sensitive vaccines, but will require lots of advance planning with governments, according to the International Air Transport Association. The industry group has warned of “potentially severe capacity constraints in transporting vaccines by air.” 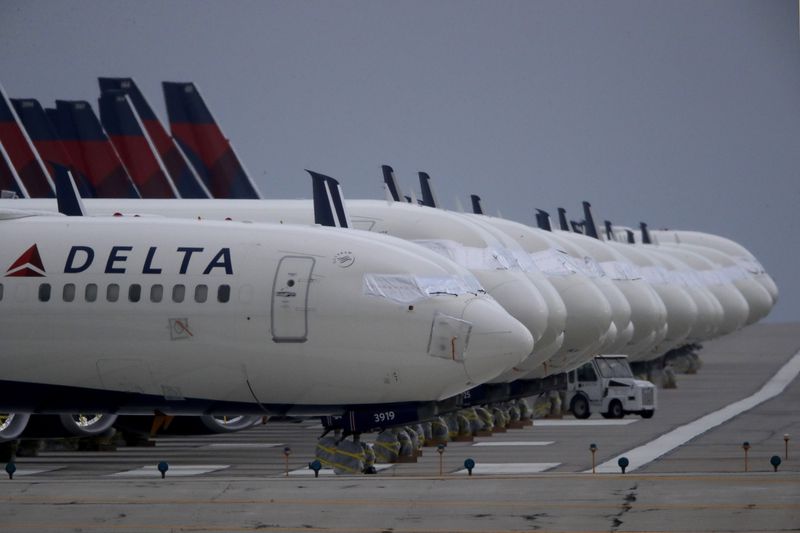 The shipper has been working with FEMA to transport goodssince the spring, when it added more than 200 air freighter flights to ship test kits, masks, gloves and other supplies. Marken, a UPS subsidiary, has for years played a role in logistics for clinical trials, shipping temperature-sensitive pharmaceuticals to trial participants and specimens to laboratories.

UPS also has tested drones for humanitarian efforts to deliver vaccines and blood in Rwanda in partnership with vaccine alliance Gavi.

Delta, for its part, was the first U.S. passenger carrier to get a pharma logistics certification from the International Air Transport Association Center for Excellence. Delta said it can transport temperature-sensitive shipments across the Atlantic Ocean with joint venture partner Air France-KLM Cargo.