By Chip Towers, The Atlanta Journal-Constitution

ATHENS — Georgia star safety Richard LeCounte was struck by two cars while driving his motorcycle in an accident that occurred Saturday night in the hours after the Bulldogs had returned from their game in Kentucky.

“He’s lucky to be alive,” said Erika Blocker-LeCounte, Richard’s mother. “He was wearing his helmet and (that) saved his life.”

Mrs. LeCounte said her son remained in Piedmont Athens Regional Hospital and is in stable condition.

It’s unlikely he will be able to play football for a while. LeCounte suffered a shoulder injury, bruised ribs and several cuts and scrapes. However, he did not suffer any broken bones and will not require surgery.

“God spared him his life, we can’t ask for more,” his mother said. “Glory to God.”

LeCounte is arguably Georgia’s best defensive player. He had a career-high 13 tackles and a fumble recovery in No. 5 Georgia’s 14-3 win over Kentucky in Lexington Saturday afternoon. For the season, he’s third on the team with 26 tackles and leads the Bulldogs with three interceptions.

After Saturday’s game, LeCounte talked about how the defense was going to have to press on in the wake of injuries to several key players.

“Sorry to say it, but it really is the next man up in this profession,” LeCounte said. “We have guys that came here to do these things. A couple of guys got dinged up and we’re ready to come back next week and fix what we need to fix. We have a lot of guys waiting to get the chance to show what they are able to do, and I’m excited for those guys. I pray for a speedy recovery for the guys that got hurt.”

LeCounte is considered the captain of Georgia’s defensive backs and makes most of the defensive calls for the secondary. Fellow safety Lewis Cine also got hurt Saturday with an ankle injury. 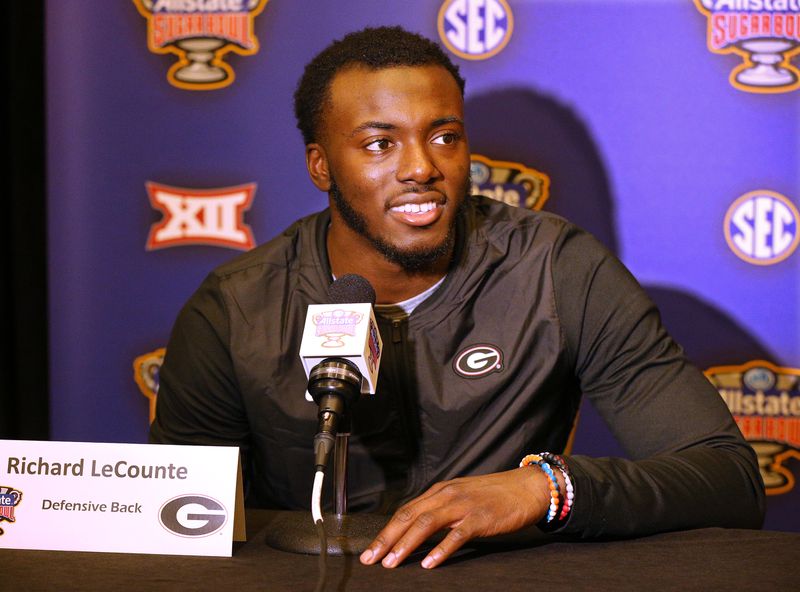 The Bulldogs will turn to junior Christopher Smith of Atlanta, who has played in all five games, and will also look to Latavious Brini and William Poole to play. They might also consider moving either Tyrique Stevenson or Mark Webb from the star position into one of the safety spots.

Georgia (4-1) plays Florida Saturday in Jacksonville. The Gators could be without several players too due to possible suspensions after a brawl during the Gators’ victory over Missouri Saturday night.