When Gov. Doug Ducey was looking to bolster the state’s technology industry five years ago, he courted self-driving car companies.

Part of his pitch included an executive order that, among other things, allowed the experimental technology to operate on public roadways in the state.

Alphabet Inc., best known as the parent company of Google, soon brought its Waymo subsidiary to Chandler. It has placed up to 400 driverless vehicles around metro Phoenix, created several hundred jobs and opened a technical service center in Mesa.

Ducey benefited, too. He touted the big tech win, tweeting upon Waymo’s arrival in April 2016 that it was “another sign that Arizona is on the cutting-edge when it comes to innovation.”

A year later, when state government was looking for a new email and communication system, Ducey went back to Alphabet. The Arizona Department of Administration, at the urging of the Governor’s Office, in August 2017 awarded a no-bid, five-year contract worth millions of dollars to Google.

The deals with Waymo and Google follow a pattern. The Republic has found that either Ducey or his staff have been involved in at least a half dozen transactions during the past three years in which the Ducey administration distributed contracts or financial rewards to businesses and nonprofit groups friendly to the governor. In turn, Ducey has received campaign contributions from their employees or positive media coverage tied to the organizations’ actions.

The deal with Google also raises questions as to whether it violated a state law by moving ahead without the required approval from a state oversight panel. The new email system also is more than one year behind schedule and at least $6 million over budget, records obtained by The Arizona Republic show.

Arizona law says any technology contract that exceeds $1 million must be approved by the state’s Information Technology Authorization Committee, a part of ADOA that, like other government boards, is composed largely of Ducey appointees.

There are no committee records indicating the 15-member committee formally approved the initial deal with Google. Instead, a month after the deal was signed, ADOA officials gave an “information only” presentation to the committee, according to meeting minutes.

According to a former lawmaker on the technology committee, Ducey and his then-chief of staff, Kirk Adams, advocated that the contract go to Google.

Megan Rose, ADOA spokeswoman, said the committee only has to approve expenditures — not contracts — and committee approval wasn’t needed on Sept. 13, 2017, because project spending at the time did not exceed $1 million.

Part of the agreement guaranteed the state would pay Google at least $105 for each of the 36,000 emails addresses converted to the company’s system, as well as make other expenditures. Moving the email addresses alone would cost the state at least $3.78 million.

Records from a September 2017 meeting of the technology committee indicate all state agencies would move to the new email system within two years. ADOA never publicly disclosed a total estimated cost of the deal, and instead increased the budget for the project at various points in the roll-out of the new system.

But an ADOA document obtained by The Republic shows the total cost for using Google would be $18 million. That record has a detailed breakdown comparing Microsoft and Google’s pricing, including additional product enhancements, implementation costs, cloud access and “total cost of ownership over five years.” Microsoft’s total cost was $35.8 million, according to ADOA. 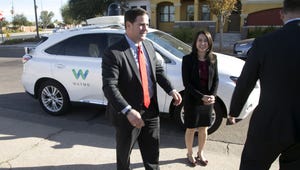 The budget and timeline for implementing the move to Google have been busted.

The state’s Public Safety and Child Safety agencies still have not moved to the new email system, and the most recent price tag has increased by at least 35% to an estimated $24.2 million through 2022, according to several ADOA records.

Further, the contract with Google does not impose financial caps on state spending under the agreement, meaning costs could continue to rise during the next two years.

Rose insists the project is not over budget and that cost increases are because the state underestimated by 5,000 the number of email addresses that would need to be replaced, as well as costs related to the additional email addresses.

“Without an enterprise agreement in place, the state had no visibility into the actual costs of email systems and our best effort was to estimate the amount of inboxes would have to be migrated,” Rose said.

However, that document does not indicate in any way that the figures are “preliminary” or projections. Instead, it makes clear that the state will save $17.7 million by contracting with Google, instead of Microsoft, at a “total cost” of $18 million.

That cost-savings, however, has now been reduced to $11.5 million. With two years left on the projected rollout, costs have continued to rise with no limits placed on what Google can be paid.

Rose said there’s no connection between Waymo coming to the East Valley and the state choosing to contract with Google.

Rose also said the state wasn’t required to issue a formal request for competitive bids for email services. State regulations allow the government to bypass competitive bidding when “products and services can be purchased using existing contracts,” she said.

The state used its Software Value Added Reseller contract to award the contract to Google. The contract is a master agreement the state created that allows companies that have already qualified to do business with the state, to obtain contracts without going through a formal bidding process.

The Ducey administration plans to use the same master contract to give a no-bid deal to one of two companies to provide body cameras for the DPS.

“The state selected (Google) G Suite for email because it was the more competitive offering, and it met our needs, including collaboration and productivity benefits, enhanced cybersecurity protections and substantial savings for taxpayers,” she said.

Patrick Ptak, Ducey’s spokesman, also said there was no connection between Waymo bringing its business to Arizonaand a related company getting a contract for the state email system.

“As it relates to Gmail, we’ve been pleased with the transition. We’ve long sought to create efficiencies, streamline government and save taxpayer dollars wherever possible,” Ptak said. “This adoption of this Enterprise email solution did all three. It has consolidated roughly 30 disparate email platforms into one.”

Google is replacing Microsoft, which was also allowed to compete for the contract.

“Google came in and made an impression on the governor and Kirk Adams, and that it was a more cost-efficient solution,” said former state Sen. Bob Worsley, who was on the Information Technology Authorization Committee. “It was time to send a message to Microsoft that if you want the business, you need to compete.”

However, because the state didn’t issue a formal request for proposals with specifications, Microsoft’s bid was much higher than Google’s, records show.

By March 2018, the committee was told that development costs for Google had increased by more than a half-million dollars, and ADOA was seeking permission to continue expansion of the first phase to $667,753. Again, no total cost was disclosed. 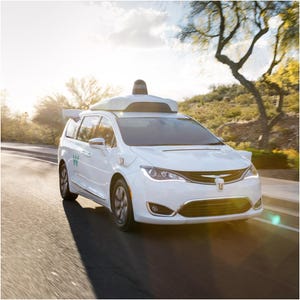 Meeting minutes show a Microsoft lobbyist at the meeting raised concerns about inaccuracies in cost savings the state would receive with Google, and asked the committee to reject the increase in spending and put the contract out for a formal bid.

The request was denied.

Google, which is facing a federal antitrust suit, says it won the Arizona contract in a fair process.

“We are proud to help Arizona move away from an on-premises, legacy productivity suite to a modern, cloud-based solution that enables employees to collaborate more effectively and saves taxpayer dollars,” the company said in a statement.

Ptak, Ducey’s spokesman, said state government has been transparent about the deal with Google, including providing constant updates to the Information Technology Authorization Committee.

Former technology committee member Don Shooter, who was expelled from the Legislature in 2018 for workplace harassment, has filed lawsuits in federal and state courts alleging he was kicked out of office for trying to uncover procurement violations within the Ducey administration.

Shooter has produced documents, including a number of public records, to bolster his allegations on his website DonShooter.com.

Among his concerns was the Ducey administration in 2017 giving a no-bid cloud data storage contract to Amazon Web Services, which two years later then hired Arizona’s chief information officer who had helped select AWS.

Google latest example of give, take

Ducey, who was CEO of Cold Stone Creamery before entering politics, has since being elected governor in 2014 touted his pro-business agenda.

He has pushed to minimize regulations on businesses whose employees, in some instances, have become contributors to his campaigns and political causes.

During the pandemic, Ducey has touted deals or contributions from companies that he says benefit the public, while also accepting campaign contributions or overseeing public contracts with the same groups. Just this year, he has:

Reached agreements with two body-camera companies to test their equipment in return for the winner likely avoiding a competitive bid process for a major contract. A political action committee for one of those companies, Motorola, has been a significant donor to Ducey’s gubernatorial campaigns as well as two PACs tied to the governor.

Persuaded nine metro-Phoenix advertising and public relations firms to donate their services for his “Mask Up” public education campaign to fight the spread of COVID-19. The Republic found eight of the firms combined received at least $174 million in contracts from state agencies and the Governor’s Office during Ducey’s tenure.

Raised millions of dollars from friends and companies, including Waymo ($100,000), toward his COVID-19 charity relief fund. The fund has made large donations to nonprofit organizations that had board members who also made political contributions to the governor and his PACs.

The governor has received large campaign contributions from developers who purchased property through the Arizona State Land Department, run by a Ducey political appointee.

One such deal involved Adams, Ducey’s former chief of staff, who marshaled through the controversial Desert Ridge project in northeast Phoenix at the State Land Department after leaving the governor’s office. That developer gave Ducey $22,100 for his reelection, records show.

In another example, first-time donors from Nationwide Insurance and its development partners contributed at least $20,000 to Ducey’s 2018 reelection campaign, just after Nationwide was the only bidder for state land in Scottsdale that came with millions of dollars in state subsidies.