By Tia Mitchell – The Atlanta Journal-Constitution

ROME — Floyd County Democrats abruptly canceled plans Sunday to rally for Joe Biden in downtown Rome ahead of President Donald Trump’s event, after an organizer said there were safety concerns over a “large militia presence” drawn to the Republican’s visit.

Ruth Demeter, the local party’s chairwoman, said in a statement on its website that the event was canceled “out of an abundance of concern for the health and safety of our citizens.”

“We have been informed that a large militia presence is expected in Rome today due to Trump’s visit,” she said, hours before Trump’s arrival. “Additionally, we are not able to secure police presence for our event because of the airport rally.”

Instead, the Democratic Party of Georgia moved the event to Zoom where local Democrats talked about what they considered the dangers of another Trump term in office, especially in light of the still-raging coronavirus pandemic.

She said Rome City Schools recently transitioned to virtual learning because of an increase in cases locally, and she called Trump’s decision to rally irresponsible since his events usually draw large crowds with little social distancing and few masks.

“We can’t take another reckless Trump visit or another four years of his administration’s failures,” she said.

Rome resident Jessie Reed spoke about her family’s struggles with multiple cases of COVID that affected several members of her family, most severely her husband. He is a “long hauler” who has spent three months experiencing fatigue and other symptoms.

“He has gone from completely healthy to unable to function,” she said.

Rich McCormick, the Republican nominee in the 7th Congressional District, was invited to address the crowd at an event sponsored by #WalkAway, a social-media driven organization that purports to represent former Democrats concerned about the party’s movement to the left.

However, the Washington Post reported the movement, which surfaced in 2018, is directed by conservatives and not as grassroots as it claims to be. Sunday’s event in Peachtree Corners mostly featured activists within the #WalkAway organization, and McCormick was the only candidate for office advertised as attending.

McCormick is in a tight race against Democrat Carolyn Bourdeaux in a race for a seat that is currently held by Republic Rob Woodall but which Democrats believe they can flip blue this year.

His campaign spokesman said he spoke about the need for the Republican party to embrace people of color and immigrants and help all achieve the American Dream. He stressed his personal story being raised by a single mother and working odd jobs to help with expenses. 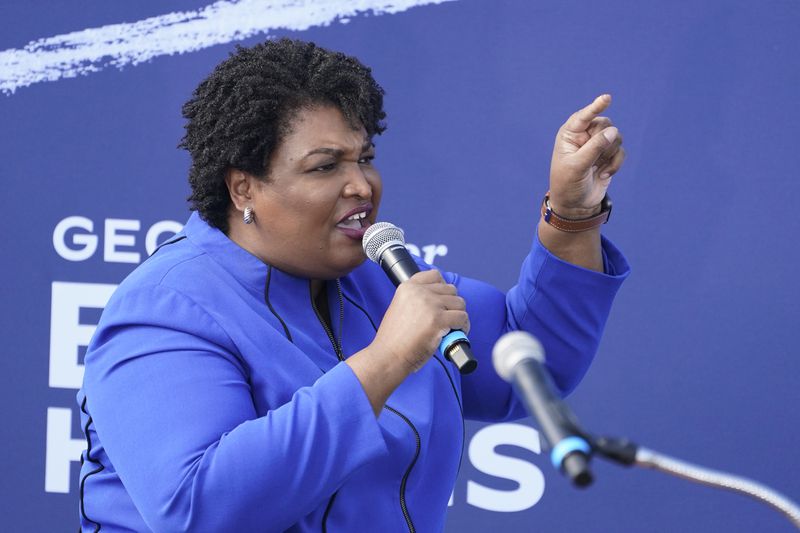 Top Georgia Democrats rolled out some of their most cutting campaign material ahead of vice presidential nominee Kamala Harris’ stump speech in Duluth.

“We were supposed to debate again tonight, but Senator Perdue isn’t coming. See, Senator Perdue is not just a crook — he’s a coward,” said Ossoff. “Imagine being a sitting United States Senator too afraid to face your opponent in open debate?”

“Don’t panic. We got this guys. We know what we’re facing this time,” said Abrams, adding: “If we don’t panic and don’t get out of line, we get what we deserve. That is a government for the people and by the people – and made so by the state of Georgia.”

In place of Sunday’s canceled debate, Ossoff used the time to hold what was billed as a virtual town hall, but served as an opportunity for the Democrat to ding his opponent on just about every question. 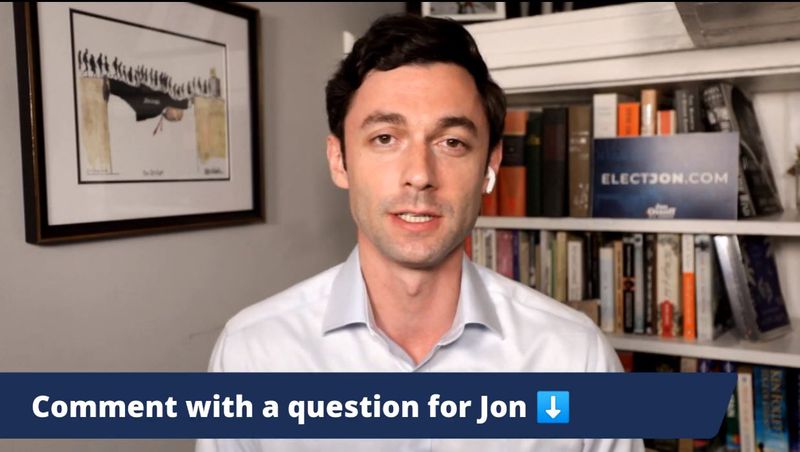 “The people deserve the opportunity to see candidates for office debate one another in an open forum,” Ossoff said. “This is a democracy. Democracy only works when the people have the chance to hear directly from the candidates who seek to represent them.”

Ossoff — whose town hall was broadcast live on his Twitter Facebook and YouTube pages — fielded viewer questions on topics such as COVID-19, health care and in-person schooling. Each time, Ossoff brought to answer back to what he argues Perdue’s shortcomings are in his handling of the issues.

For example, Ossoff repeatedly name-checked Perdue over criticism about the Republican senator’s stock trading during the coronavirus pandemic and whether he used insider information to make a profit. Perdue has said he has followed all rules and done nothing wrong.

“There are hours left before the polls close when we can do work that will influence the future of our republic,” he said. “We have power as citizens and time left on the clock to determine what happens in this election.”