By Bill Torpy, The Atlanta Journal-Constitution

It got so bad that Robyn Jackson and his partner, Stuart Jackson, bought a weed whacker.

Now, the Jacksons shouldn’t need such a tool. They live in a condo in the old Kessler Building at MLK Jr. Drive and Broad Street, a block south of Five Points. But the sidewalks, easements, empty lots and even the streets looked shabby. Who’s going to maintain these public rights of way?

Well, obviously not the city.

So the Jacksons, who coincidentally have the same last name, now go about their “gardening” in south downtown because no one else will.

I first met Robyn Jackson in 2015 when he got punched after calling 911 on a drug dealer. At the time, I described Broad Street just south of their loft as a “dystopian society of loud, animated people hanging out until all hours, drinking, selling drugs, urinating, fighting, sometimes even shooting, and urinating some more.”

The atmosphere in that area had improved with increased police presence. And a German firm called Newport has purchased about 50 mostly old buildings in that area and has great plans. All good, right?

Last month, Robyn Jackson, who now heads the Atlanta Downtown Neighborhood Association, wrote a letter to Mayor Keisha Lance Bottoms, along with several board members, asking the city to stop forsaking them. They asked if she’d take a walk with them so she could experience downtown’s dirty and often unsafe streets. 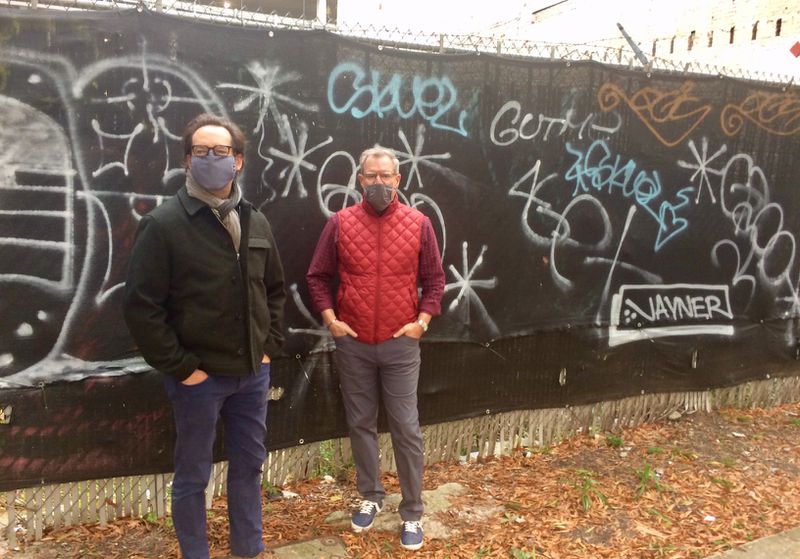 “There is a lot that can’t be seen when walking right from a curbside drop-off or underground parking into an office building,” he wrote the mayor.

“The idea of the letter was to remind her that people live downtown, right where she works,” Robyn Jackson told me.

The mayor’s office did not respond to a request to comment.

Those who live downtown — Robyn Jackson says it’s 6,000 people, although others say that’s a high estimate — feel they’ve been abandoned. They say it’s as if the city gave up trying to maintain order and provide basic services after office workers, conventioneers, tourists and government employees melted away because of COVID-19.

The only folk who seem to remain downtown are homeless people and the area’s housed residents, with the latter frustrated and worried about their safety. Some are even leaving.

Last week, my colleague Andy Peters wrote a story that there’s a trend of intown renters moving to the ’burbs. Their reasoning? Why pay high rents to be where the action is when COVID-19 has shut down that action?

I spoke with Robin Schlinger, who lives on Peachtree Street in south Midtown — in the 36-story condo building called the Viewpoint — and is considering leaving.

“I was thinking, why should I pay the high rent there when I can’t do the things I want to do in Midtown,” she said. “There’s the restaurants, the clubs, the High Museum and going to the Fox (Theatre). Midtown is a happening place, when it isn’t COVID.”

She said about 30 of the 377 condos are for sale in the building, far more than in the past. She has friends who are thinking about leaving too.

Deirdre Greenfield moved across from Centennial Olympic Park with her husband four years ago after years at Country Club of the South.

Downtown, she said, “was on a good trajectory. The center of the city was going to take off. There was a good vibe and, suddenly, the city center shut down.” 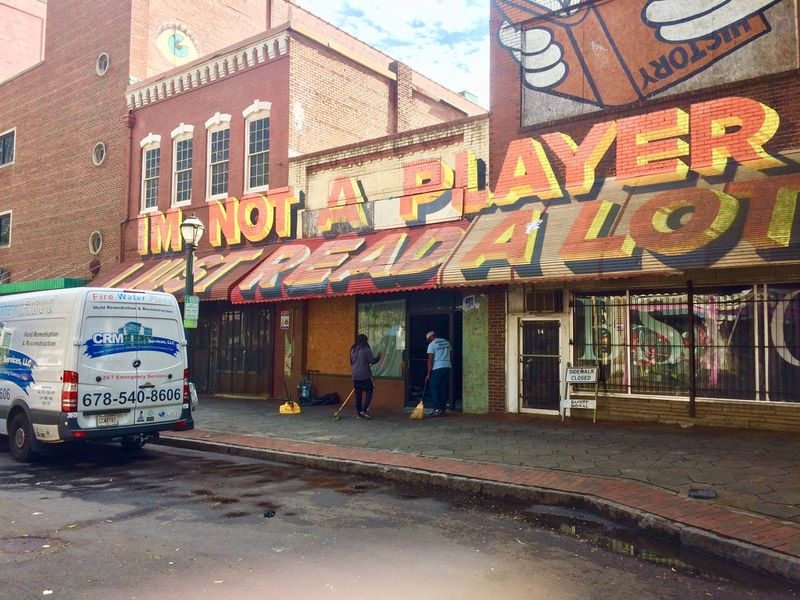 Greenfield, who also signed Jackson’s letter, is a real estate agent and wants to project a positive image for the area. “I’m trying to promote downtown, but I have friends in the suburbs who say, ‘We’re not coming downtown.’ That’s ridiculous.”

Well, maybe not so ridiculous, because even people living there say they’re fed up. Sounds of gunshots, street racing, muggings and general unpleasantness are more and more the norm.

“People in some of these areas are just done,” Greenfield said. “They aren’t getting the support they were hoping to get.”

Darin Givens lived with his family in the historic Healey Building for years before moving to the Old Fourth Ward nearby.

“I really miss living downtown. I really loved it,” he said. “It gave me a sense of living in a city.”

He writes a blog called ThreadAtl and is a big advocate of urbanism, studying trends and often wandering the streets, shooting photos of architecture and city living. But the events of recent months have been troubling. The streets are more empty, reports of crime are increasing, and now some folks who bought into the idea of downtown living are packing up.

“Urbanism really works if you have density, walkable streets and eyes on those streets,” Givens said. “But you take some of those pieces out — like places to go and safety — then it falls apart.”

“When there’s no eyes on the street, it felt scary late at night, you felt vulnerable,” he said. “You can get robbed and no one will ever see it.”

Downtown is where most of the programs to help the homeless are situated, so the area bears the lion’s share of the region’s burden.

“It’s like the picture of Dorian Gray in the attic, you see the problems of society exacerbated,” Givens said. “I don’t want to say, ‘Downtown is awful,’ because you’re making it worse for those who have invested in it.”

He talked about the troubles that businesses are enduring and mentioned a small Indian restaurant on Luckie Street that he likes. I went there at lunchtime Friday to talk with the owner. It was closed. 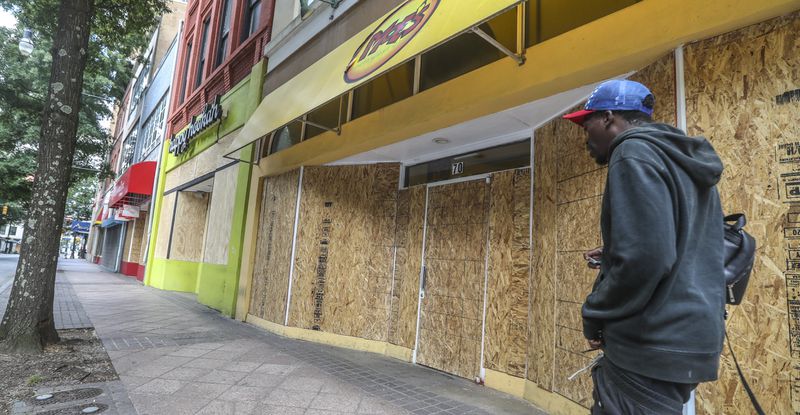 Alan Joel manages the Healey Building and another one downtown and said many of the 25 businesses that rent in his properties — “small mom-and-pop businesses, mostly minority” — are having a rough go of it.

He said a homeless man with no pants routinely frightens off customers near the corner of Park Place and Decatur Street. The man is clearly mentally disturbed. But behavior like that, if allowed to continue, has a cancerous effect.

“It’s their house; it’s their world,” Joel said. “They’re not going to be hassled by the police, and our tenants are not going to say anything because they are scared. Once you are empowered you can do more.”

Joel said he wished he could have signed his name to the downtown residents’ letter.

“While the mayor is in the national setting getting her name out there, there’s no sense of, ‘You’re not going to take over our city,’” he said. “Meanwhile, our tenants are struggling.”