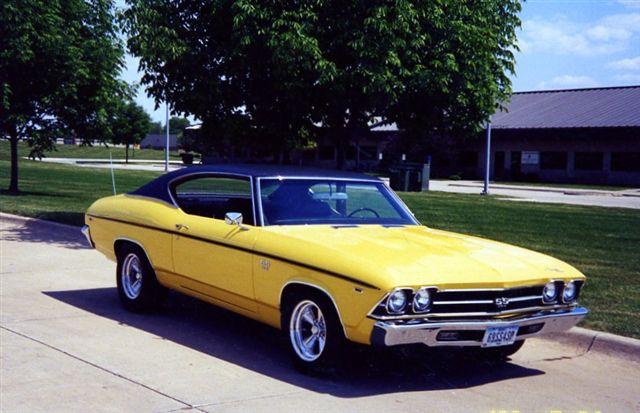 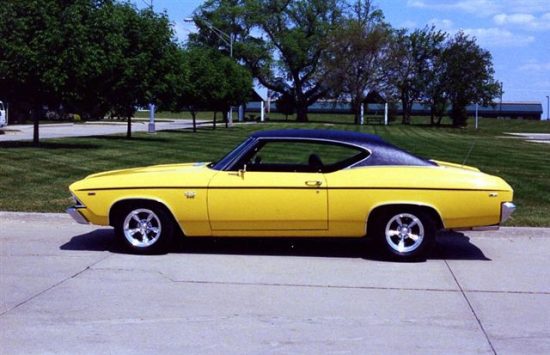 In 1969, Steve bought a new Daytona Yellow Chevelle. At nineteen, it was his first new car. Being a bright yellow car, he happened to spot the car going through his town on a train headed for the car dealership. That was an exciting moment. Steve continued the excitement by putting a lot of miles on that car. The family story is that he put more miles on the car than his father whose job was to travel the whole state of Iowa.

Thirty years later in 1999, Steve put an ad on a Chevelle site on the Internet for a Daytona Yellow Chevelle like his original car. A gentleman in Georgia emailed him that he had just the car Steve wanted. Steve flew to Georgia to see the car but was disappointed that it didn’t have a 375 horsepower motor and someone had added air conditioning. He really wanted a car like the one he had in 1969. Besides, Steve is the cautious type who likes to think about his purchase carefully.

Over a year later in January of 2001, Steve finally decided he wanted the car in Georgia. He hadn’t found another Daytona Yellow car and luckily the guy in Georgia hadn’t really wanted to sell his car. So, he still had it. Steve and a friend went to Georgia and pulled it back to Iowa. That summer, he drove it a lot and took it regularly to a drive-in called Porky’s in Des Moines. Old cars gathered there every Wednesday and Thursday nights. Then on a sunny November Sunday afternoon, Steve decided to take the Chevelle for one last drive before he put it away for the winter. There was hardly a car out except for the guy drinking his beer and running the red light. Missing the light was one thing, but how could he not see the bright yellow car? The guy hit the driver’s side by the front axle and spun Steve around. He was devastated. He hadn’t even had the car for a year and feared the car would never be the same. However, those car guys fixed it up better than new. 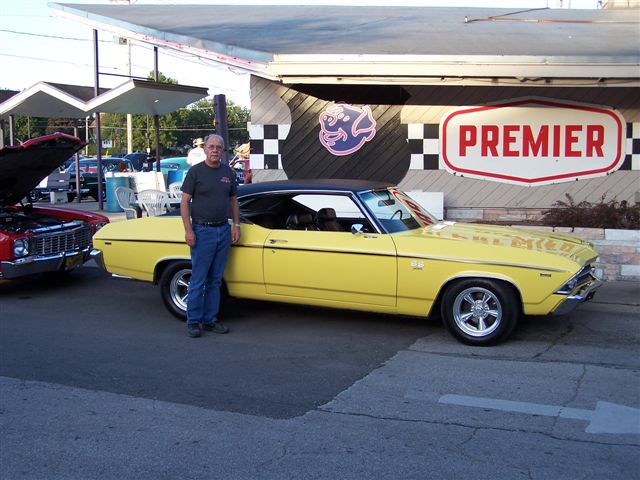 Here is Steve at Porky’s in Des Moines. They have great Tenderloins. If I am in Des Moines I have a Porky’s Tenderloin and the next day it’s over to the Maid-Rite!

Steve would like to have lots of cars like his friend, Dick Fleener but as you heard in this piece. Steve needs to think about his purchase carefully before he buys it.  He has been going to Barrett Jackson and has let several cars get away. Steve’s wife Nancy has started taking pictures of many of the cars he didn’t buy. Steve complains to his wife that his friend, Dick has cars in magazines and on TV shows all the time.  Nancy has pointed out that maybe that is because Dick actually buys the cars that he finds.  Most people won’t wait over a year to sell their car like the guy in Georgia.

Steve’s wife, Nancy, told me her car-loving husband has enjoyed seeing so many old cars at car shows around the country. It is a fun reason for them to travel. She also said that it seems to her that they have seen every old collector car in the country! She thinks she has even seen a lot of them twice. 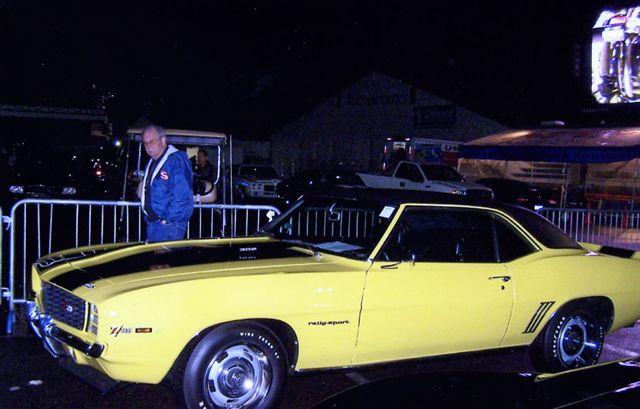 Well, it took a couple of years but Steve finally filled the open space in his garage that was waiting for that very special Daytona Yellow 1969 Camaro. 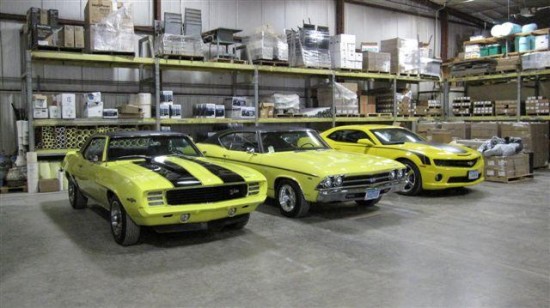 This is the RS Z/28 Camaro that didn’t get away and now is parked next to the 69 SS. 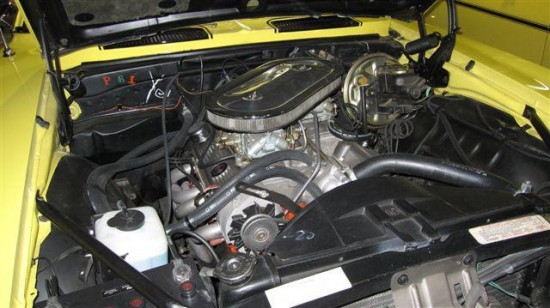 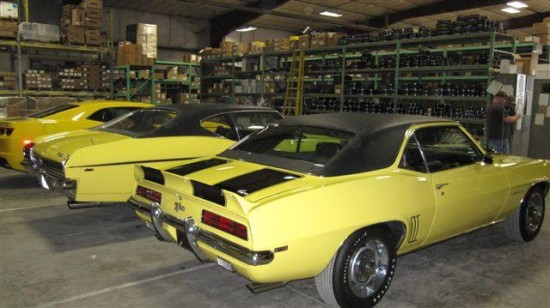 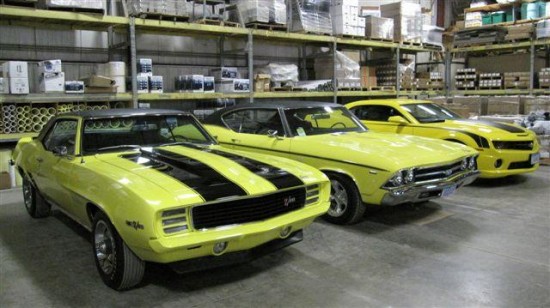 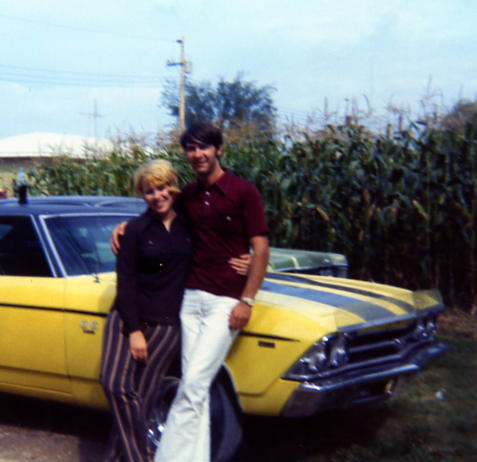 I LOVE THIS PHOTO, THIS IS STEVE AND NANCY AT HER PARENTS HOME. NOTE THE CORN FIELD IN THE BACKGROUND! THIS IS THE WAY I REMEMBER IOWA AND THOSE GREAT SUMMERS. 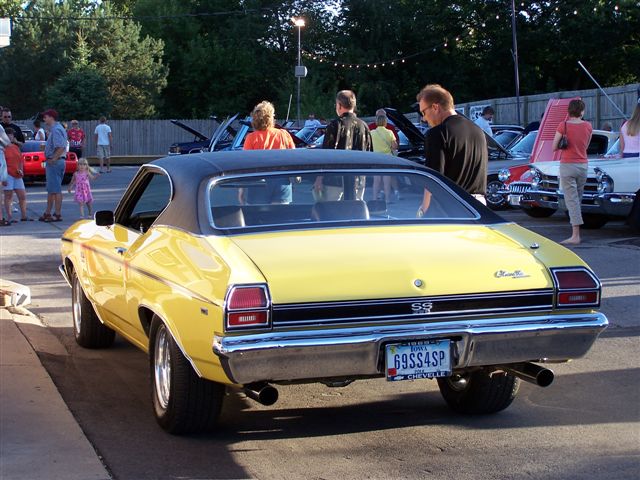 This is the view I remember most of Steve’s Chevelle. 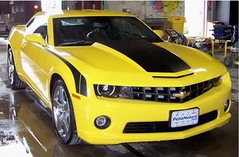 This 2010 (first year of the new Camaro) was added to the other two yellow Chevys as soon as it was available in 2010.