Cindy McCain, the widow of longtime Republican Sen. John McCain of Arizona, tweeted her congratulations for President-elect Joe Biden for his projected win over President Trump.

McCain endorsed Biden in September after she appeared in a video about Biden’s relationship with McCain at the Democratic National Convention in August.

Today, McCain said she knows “Joe will unify the country toward a better future.” 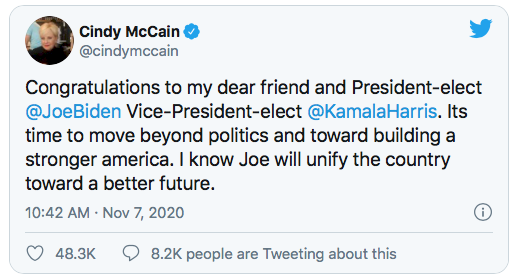