Yes, after five days of anticipation we finally have a president-elect. And with that news in hand comes a pair of furry friends: dogs are coming back to the White House.

President-elect Joe Biden will be ushering in two new first dogs when he makes his move to 1600 Pennsylvania Avenue NW in Washington, D.C. The White House (and America) has been without presidential dogs since 2016 when President Donald Trump became the first president without a dog in decades.

German shepherds Major and Champ will be accompanying the Biden family to their new residence. The Biden grandchildren gave 12-year-old Champ, who joined the family in 2008, the name Biden Sr. often used as an endearment. 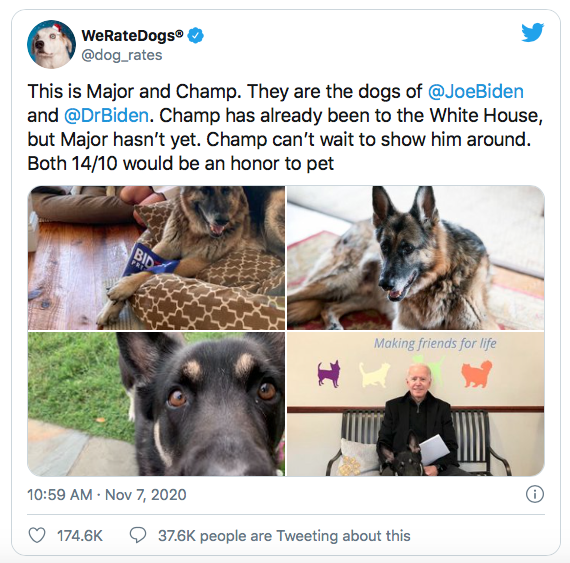 Major is from a litter of six other German shepherd puppies, who were given “life-saving medical care” after exposure to “something toxic in their home,” a Delaware Humane Association news release said at the time of adoption in 2018.

Major fostered with the Bidens before being adopted to join his pup-brother, Champ.

“We are so happy to welcome Major to the Biden family, and we are grateful to the Delaware Humane Association for their work in finding forever homes for Major and countless other animals,” Biden told CNN in 2018. (Biden has owned at least three other German Shepherds and had a Great Dane named Governor.) 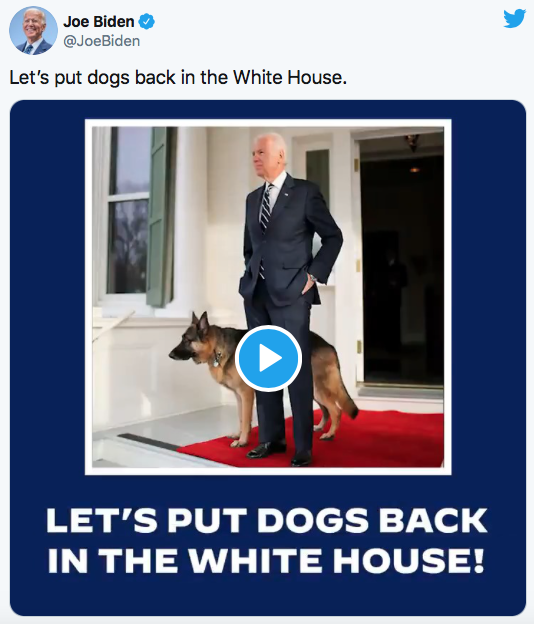 This isn’t the first time the White House has had two dogs under its roof. Most recently, Barack Obama had two first dogs under his administration: Bo and Sunny, Portuguese water dogs.

When asked about plans for a four-legged addition to the White House in 2017, Stephanie Grisham, a spokeswoman for Melania Trump, said in a statement: “The first family is still getting settled so there are no plans at this time.”

“In the modern-day presidency, almost all of them have had a pet,” said Jennifer Pickens, a White House social expert who wrote “Pets at the White House.” Still, she noted, “all didn’t necessarily have them at the beginning of the administration.”