Connie Sims took his son to the mall Friday afternoon as a special treat to celebrate an aced exam.

It was his day, the father told 11-year-old Tyrell Sims. The fifth grader and dedicated football player could get whatever he wanted.

Hours later, Connie Sims was attempting to breathe life into his son as he lay dying in the street in their East Point neighborhood. The boy and his 12-year-old friend hit the pavement when they heard shots fired from a passing car, but the 12-year-old rebounded. Tyrell didn’t move again. 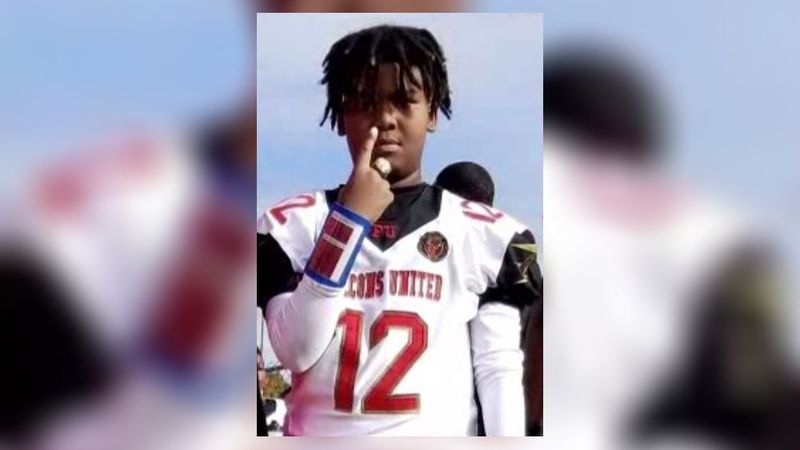 “The guy came running in and told me, ‘Your son was shot!’” an emotionally exhausted Connie Sims told reporters outside his home Monday morning. “I just started running, jumped in the car, tried to resuscitate him. I tried to bring him back. I believe I did all I could.” 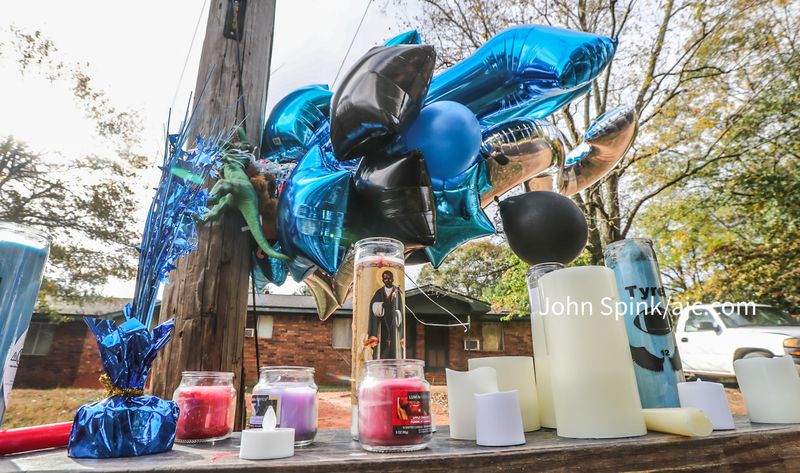 On Friday evening, Tyrell was helping his friend’s grandmother put up her Christmas tree, Connie Sims said. When they finished, the friend told police they played in the front yard of a Bell Avenue home, making a TikTok video, when a black car slowly pulled onto the street.

The boy said the car sped up, “and all of a sudden they were being shot at,” according to a police report obtained by AJC.com. He heard bullets whiz past his head and played dead until the vehicle made a right turn onto Bayard Street, he told police.

Tyrell was shot in the head, his father said. Police and paramedics responded, and the boy was rushed to Grady Memorial Hospital, where he was pronounced dead.

East Point police confirmed they are investigating the shooting but have offered no possible motives. Tyrell’s death comes weeks after 13-year-old Brayan Zavala was gunned down outside his Riverdale-area home in what police said appears to be a random killing.

Clayton County police on Monday said there were no updates regarding Zavala’s death, citing the ongoing investigation.

This summer, Atlanta was shocked by the death of 8-year-old Secoriea Turner, who was shot July 4 when she and her mother encountered a band of armed vigilantes blocking a street near the Wendy’s where Rayshard Brooks was killed by police. As many as four people fired in that shooting, according to Atlanta police. Authorities arrested a man who admits being there but says he did not fire; that investigation also continues.

Connie Sims said he does not know anyone who would want to hurt his son. The pair had dreams of sending the young tackle to the NFL. The elder Sims never made it, he said, but he was sure that Tyrell showed more promise and talent than he ever did.

“It was a no-brainer,” said Sims, who played for Clark Atlanta University and sometimes trained with professional athletes. “My NFL colleagues automatically said, ‘Hey, he’s NFL material.’ He’s got the skills, the knowledge. Straight-A student, the whole nine.”

“His friends and teachers will remember Tyrell as a young man who loved football, school and connecting with his peers,” Howland said in a statement. “He will be greatly missed and our thoughts and deepest sympathies are with his family and friends.”

Connie Sims said he and the rest of his community, a collection of apartment buildings and modest brick homes near a sports park, would “come out of the holes” to find the people responsible for Tyrell’s death.

He keeps going back to that Friday afternoon at the mall, thinking of the last time he hugged his son. Sims said he hopes no other parent would find themselves in the same impossible situation.

“I don’t want you to feel what I feel,” he said. “And I want you to hug your child. And love them as much as I loved him.”

Anyone with information about the deadly shooting is asked to contact the East Point Police Department at 404-761-2177.