Ernest Holmes was very popular after he graduated from Morehouse College in 2019 with a double major in computer science and math.

He fielded job offers from Microsoft, Adobe, Salesforce and Chick-fil-A, but ultimately accepted the one he really wanted: a position with Google in Mountain View, California.

Holmes lived in Silicon Valley for almost two years and planned to stay with Google indefinitely. But he learned that he didn’t need to stay in California to do that.

He moved back to Atlanta this year and is assigned to Google’s local office. He continues to work on the same project as before, developing an open-source operating system.

“I just purchased two properties here for myself and my sister,” he said.

Google and other West Coast tech giants are looking for more young talent like Holmes, and they are focusing their search on Atlanta. 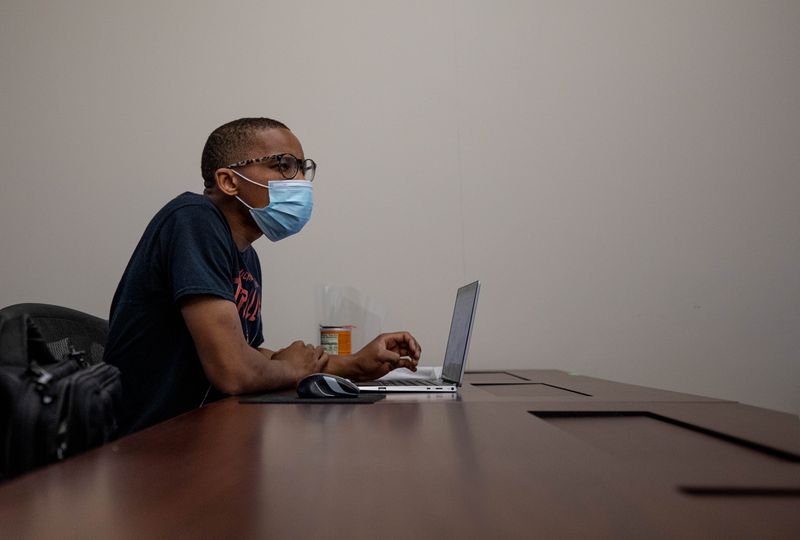 In the past year, another local attribute has become a powerful magnet: Black college graduates with degrees in computer science and engineering.

After the Black Lives Matter protests last summer, big American employers vowed to improve racial diversity in their ranks. That included the tech industry, which has a lot of catching up to do.

Since last summer, Microsoft, Airbnb, Apple and Google have announced expansion plans or major investments in Atlanta. Such moves could make technology the leading driver of the city’s economic growth.

After seeing young tech talent flock to places like San Francisco and Seattle for years, now “we get to cut this brain drain off to the rest of the country,” said Pat Wilson, commissioner of the Georgia Department of Economic Development. He added the state regularly uses Black tech talent as a selling point.

It’s not a sure thing quite yet. Microsoft, Google and Airbnb haven’t disclosed how many jobs each plans to create in Georgia. Microsoft has not said when it will break ground at its Westside developmentand Airbnb has not chosen a building for its Atlanta hub.

Technology companies have a responsibility to make things work, too, according to management consulting firms. They must give new Black hires the same opportunities as their colleagues, something experts say has been a constant struggle. Otherwise, companies risk losing their newly hired talent.

Some advocacy groups say that an explosion in the Black tech scene may do little to boost the rest of metro Atlanta’s Black population, at least quickly. Despite being known as a “Black Mecca” and “the city of Black professionals,” most African Americans in Atlanta don’t have a college degree, let alone one in tech. Poverty and jobless rates also have been higher than among white residents for decades.

Still, it’s easy to see why Atlanta has captured the attention of the U.S. technology industry.

The city’s historically black colleges and universities also have proven to be a huge draw for tech companies. The combined enrollment at Clark Atlanta University, Morehouse College and Spelman College was about 7,700 in 2019.

The picture is very different on the West Coast, where many tech giants are based. The University of Washington in Seattle, the state’s largest college, had a Black undergraduate population of about 2,200 in 2019. The University of California at Berkeley enrolled about 1,800, Stanford University in Silicon Valley had 490, and Caltech in Pasadena had 45.

“People are walking around Silicon Valley and other cities trying to solve diversity, but those aren’t diverse cities to begin with, right?” said Paul Judge, an Atlanta entrepreneur who invests in Atlanta companies with minority founders.

ExploreAtlanta fast becoming a mecca for African Americans in tech

HP was the only West Coast-based technology company to place in online publication DiversityInc’s 2020 ranking of corporations based on diversity.

The Black workforce at Microsoft makes up about 5% of employees and 3% of managers, the Seattle company said in an October blog post. Google said in its 2020 diversity annual report that about 4% of its employees are Black.

By contrast, about 13% of the U.S. population is African American. In metro Atlanta and Georgia, it’s about 33%. In the city of Atlanta, it’s about 50%.

Microsoft, which has bought 90 acres at Quarry Yards since last summer, plans to double the number of Black managers and senior leaders in the U.S. by 2025, according to its October proxy statement.

Google plans to more than double its Black workforce outside of senior-level executives by 2025, partly by hiring 10,000 new employees in Atlanta, Washington, Chicago and New York. Last year it tapped Atlanta tech entrepreneur Jewel Burks Solomon to lead Google for Startups, a position based here.

“People are walking around Silicon Valley and other cities trying to solve diversity, but those aren’t diverse cities to begin with, right?”

Cupertino, California-based Apple is partnering with Southern Co. to develop a $50 million tech hub at the Atlanta University Center Consortium, which groups together the city’s HBCUs. About 6% of Apple’s U.S. workforce was Black as of 2018, according to its yearly diversity report. 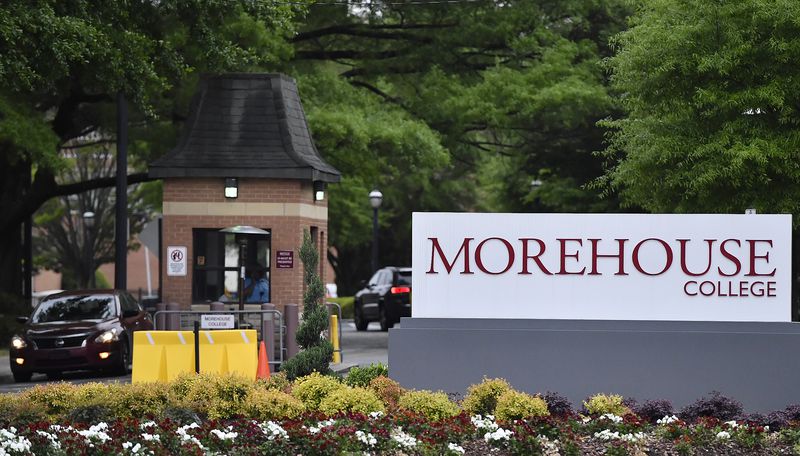 “Highly diverse executive teams have higher returns on equity and earnings performance than those with low diversity,” Trillium wrote in a proposal to Marriott International shareholders last year.

Relative to other major cities, Atlanta boasts not only a large overall pool of Black college graduates, but also a sizable number who majored in computer science, engineering, math and data science.

Georgia Tech awarded 153 bachelor’s degrees in engineering to Black students in 2019, the most of any U.S. college. Kennesaw State ranked 10th, with 87.

The biggest employers of Georgia State graduates, as of 2021, include locally based mainstays like Home Depot and UPS, said Tim Renick, executive director of the National Institute for Student Success. But the top 10 list also includes Apple, Google and NCR. “A few years ago, you would not have found those companies on this list,” he said.

Kennesaw State has made a concerted effort to recruit more Black students to its computer and engineering programs, said president Pamela Whitten. First-year Black students in the College of Computing and Software Engineering rose to 27% of total enrollment last year from 22% in 2019.

Many of the college’s ideas for technology courses come directly from employers. “We have industry advisory boards who inform us how we can adapt our curriculum to meet their needs,” Whitten said.

Still, demand may soon overwhelm supply. Some 86% of Black eighth graders in Georgia public schools were considered not proficient in math in 2018, compared with 57% among white students, according to the Annie E. Casey Foundation.

“Unfortunately, not enough attention is being paid to the K-12 level,” which could lead to fewer homegrown Black students enrolling in computer science programs at Atlanta-area colleges, Womack warned.

Tech companies also risk losing the Black employees they tried to recruit if they don’t provide them with equal chances for advancement.

“A lot of companies have made commitments to hire Black talent with no commitment to adjust their processes to help those hires thrive and grow,” said Joanne Stephane, a principal at Deloitte Consulting who advises corporations on human resources issues.

Holmes, the Google employee who moved back to Atlanta, also said it’s not as easy as just opening an office here. He said Morehouse, his alma mater, needs more resources and has struggled to retain through graduation all the students who declare as a computer science major during their freshman year.

“They think they can just show up and find hundreds of engineers and software designers in Atlanta,” he said. “But there’s a lot more to it than that.”