Curious to see what your actual internet speeds look like? An internet speed test is just what you need — here are the ones we recommend.

Many internet users assume that the speed on their home internet package is what they get on a consistent, daily basis, but that isn’t always the case. Speeds typically fluctuate throughout the day, and can slow down during times of peak usage. And if your provider enforces data caps or throttles connections to maintain overall network performance, your speeds could come crashing down, too.

There is an easy way to keep an eye on your home’s internet speeds, and that’s with an internet speed test. You’ve got lots of free options online to choose from, and might even be able to run one from the same app that you used to set up your router. In most cases, running a test is as easy as pressing “Go.”

A good speed test will make it easy to see the current download speeds, upload speeds and latency (or ping) for whatever device you’re running the test on — but with so many options promising to do exactly that, which one should you trust? Glad you asked — here are the ones we turn to first, and why: 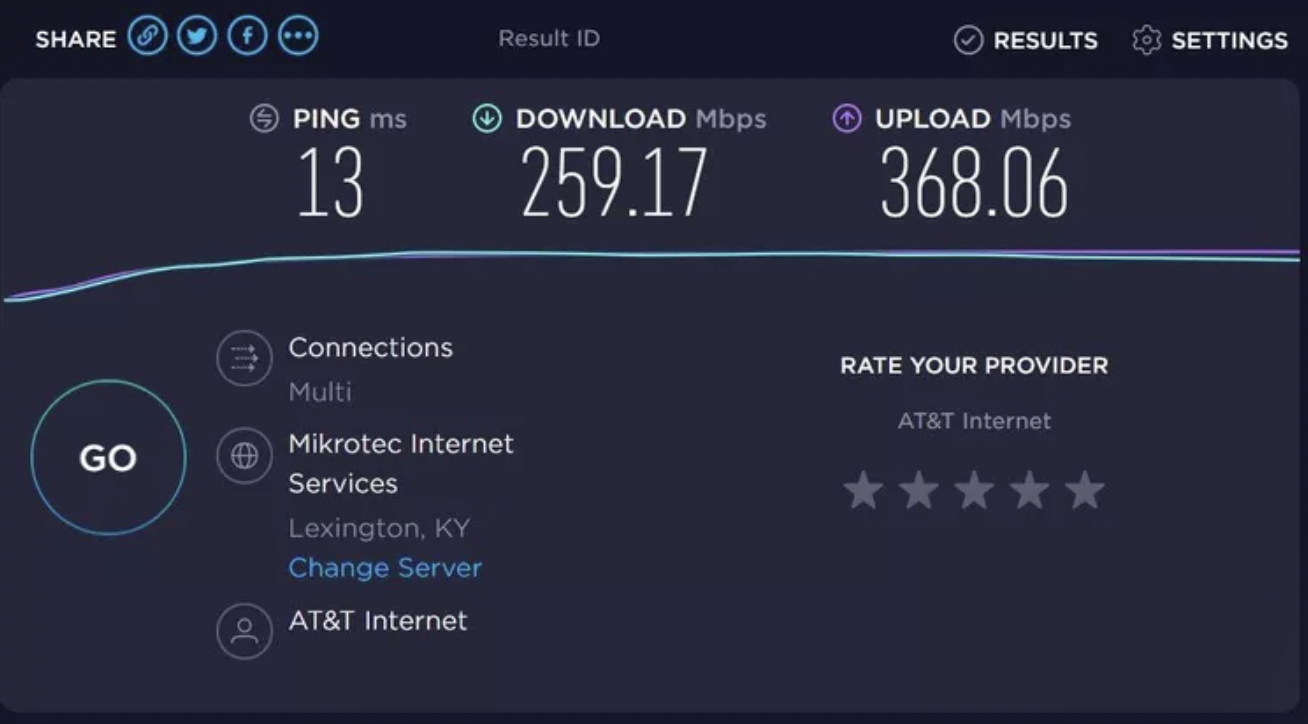 One of our favorites is the Ookla speed test, which has a strong reputation for consistency, and for being one of the first speed tests on the web. Popularity aside, we like Ookla for having everything a basic user needs from a speed test: accuracy, the ability to view your speed test history (when you create an account), a wide array of servers to connect to, and even a handy app for speed testing from your Android or iOS device.

Ookla’s also done a good job of keeping up with the times by adding new features and capabilities over the years. Just recently, the service released a video-specific speed test that measures your network’s ability to handle 4K video streams. It also has apps that you can run on Windows, and on an Apple TV.

All of that said, Ookla does display banner ads while you run basic speed tests. That’s not surprising, but it might make a slight impact on your results depending on the strength of your connection at the time of the test. 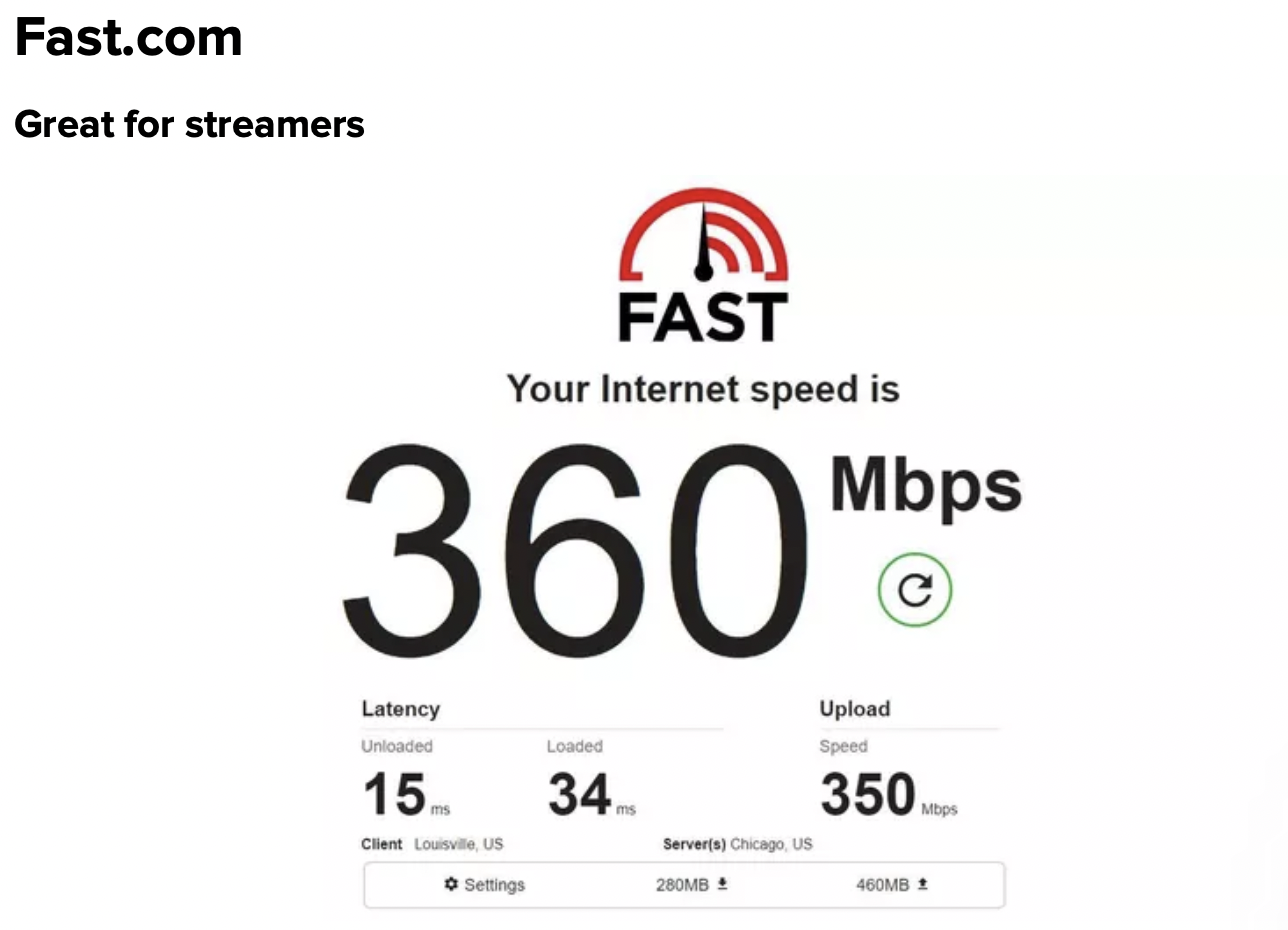 Fast.com is a another great broadband test, and the interface is about as simple and straightforward as it gets. However, one of its biggest advantages is that it’s owned by Netflix. That might seem odd at first, but it’s actually what makes it a great pick for online streamers, because the test is structured around checking to see if your connection is strong enough to stream Netflix in maximum resolution without buffering.

While Fast.com is a great tool for some, it won’t be the most helpful test for all users. The basic interface is easy to use, yes, but it also lacks some of the advanced settings and metrics you’ll find with other speed tests. Most notably, you can’t specify which server you’d like to connect with for your test.

A solid test for consistency 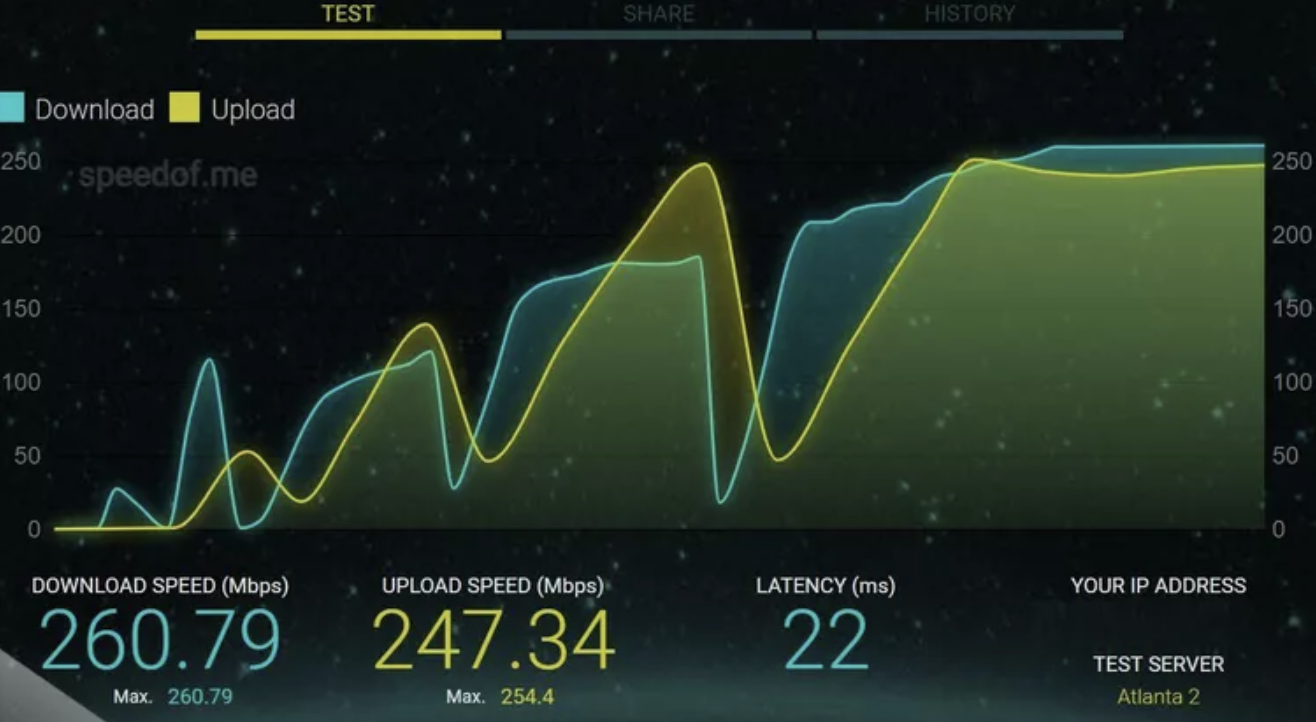 If you’re looking for a test that offers a look not just at speeds, but at consistency, Speedof.me is the way to go. Similar to Ookla, the test interface does a great job of showing fluctuations in your upload and download speeds. Over time, that can make it easier to spot when something is amiss with your connection, especially since Speedof.me lets you compare your results with previous tests. Its mobile-friendly website is great for running tests on your phone, too, allowing you to do a quick speed test on the go without downloading an app.

Speedof.me isn’t a perfect option, though. For starters, there’s no option for manually selecting which server you connect with. And if home networking isn’t your forte, the visualized data might seem more confusing or overwhelming than something like Fast.com, which just gives you a number.

A good pick for testing your browser 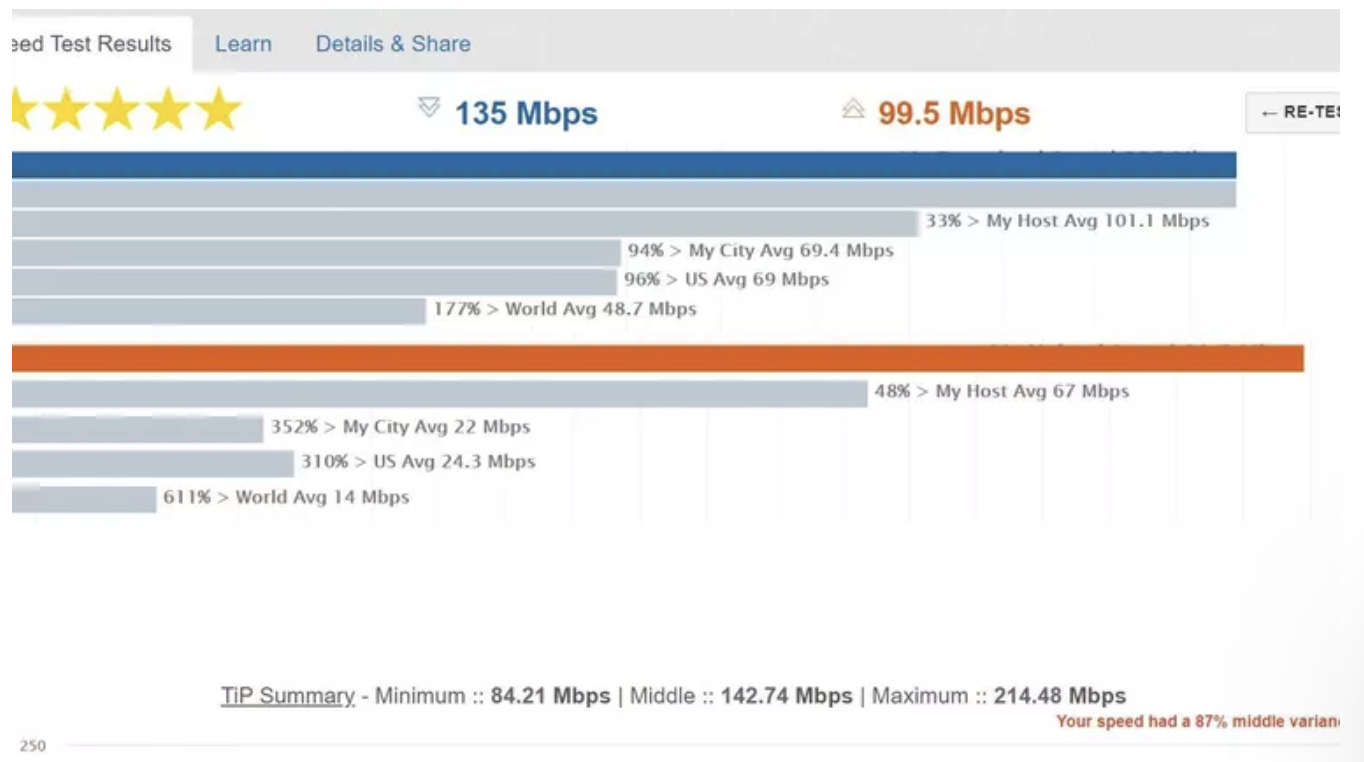 Testmy.net is an internet speed test that runs entirely on HTML5 and PHP. What that means is that it doesn’t require third-party software like Java or Flash to run your test, which can make for more accurate results. That also makes it a useful tool for comparing performance between different browsers. You can also create an account to track your internet speed for future reference or comparison.

It’s not the most user-friendly tool, however. With a good deal of in-depth data, you’ll have quite a bit of information to look through, much of which might not be relevant to you. The design is also a little ugly by speed test standards, and it takes a few clicks before you actually begin a test, which obviously isn’t as streamlined as other speed tests that feature big “Go” buttons as soon as you load the page.