Shanola Hampton opens up about how the Showtime dramedy helped her embrace her next adventure.

If you had told me in 2010 that I would be here in this moment, in this the 11th season of a hit show, I would have never believed it. Yet, here I am, a brown girl from a little town in South Carolina (Summerville), remembering that moment, driving, thinking I didn’t get the part, when my phone rang. I had just made it over the hill after my network test, where I climbed Steve Howey like a tree in my final audition. “You got it,” my manager said. I pulled over on the side of the road in the Valley, screamed and truly knew my life was about to change.

Now let’s be clear. I knew Shameless was special and the gift it was to be Veronica, but that first week of rehearsal, before we even stepped foot in front of the camera [to film the pilot], solidified in my spirit that this show was going [to series]. The instant chemistry as we played miniature golf together, rocked out on “Guitar Hero” in the Gallagher living room, talked about the back story of our characters, the many laughs … [exec producers] John Wells and Mark Mylod had done it. They put together a true family, creating a synergy that would withstand an 11-year run.

Of course, even knowing that this show was special, that the people were extraordinary, and that the script was risky way before risky was “cool,” one doesn’t think a show would go for 11 seasons. In my mind we would go five, maybe six [seasons], and that is a darn good run. Here we are, more than 130 episodes later, kids growing into adults, pregnancies, marriages, divorces, laughs, tears … life. We lived life together, not only in front of the camera, but as a true family behind the scenes. 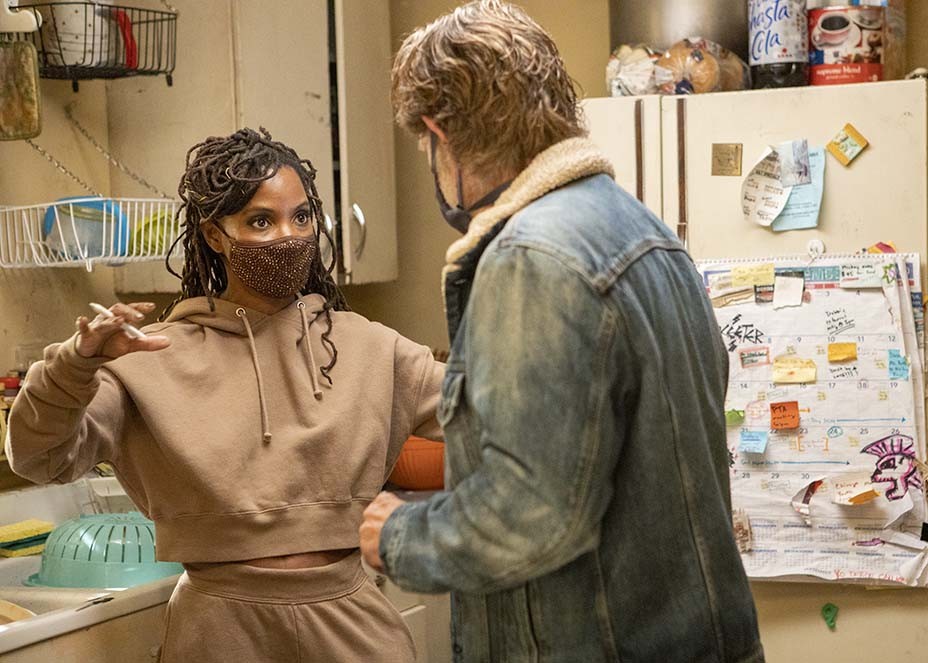 This journey has taken me from being an actor in one of the greatest ensemble casts ever, to now director. Director in the final season! Talk about a bookend. The truth is I had no idea this is where the path would lead me.

After I had the honor of birthing both of my children, I knew there was something more I wanted, I needed I love acting, but it just felt like a puzzle piece was missing. During the hiatus before season 10, I did some true soul searching before setting up a meeting with Wells. Some people would be nervous going to speak to the genius that is John Wells, but all I felt was excitement to express my desire, my vision. It was time for me to learn a new artistic expression. I want to be a director … I think. So, I suggested I start with shadowing.

John was not only generous with his time, but he also was so supportive and gave me lessons in that initial meeting that I will carry with me for the rest of my career. (Watching shows with no sound being one of them.) I went into his office with exactly who I wanted to learn from, our phenomenal DP, Anthony Hardwick, my mentor the unbelievably talented Silver Tree, and of course the great John Wells.

I’m aware of the hesitation and the subtle eye roll that happens when actors say they want to shadow, or they want to now direct. It was more important to me than ever to show I was ready to do the real work. I set up my life at home and said, “I’m going to be MIA for about seven weeks.” I shadowed from prep to edit every single day, not just a couple of hours of day, but from call to wrap. On the days I was acting, I would shoot my scenes, then hurry to change and head back into the shadows. Back-to-back-to-back watching each of these incredible directors, different styles, different energies, different lessons. There was no greater gift than following Wells as he shot the season finale! I got to do that.

After all was said and done, the many hours of watching, learning and falling in complete love, I still didn’t know if I would be granted the opportunity to actually direct an episode. Then the call came — and this one was different from that call a decade ago. Now I was running after two kids and getting dinner set up, but the voice on the other end was the same, my manager: “You are getting an episode.” That call, that moment, the sense of pride, not nervous at all, just a knowingness that this was where I’m supposed to be.

I won’t take you through the waiting process, we all know the world shut down, but when we finally came back, and it was finally my turn, I was ready. I watched countless episodes of Shameless with no sound, I read the beautifully written script by Sherman Payne, over and over again. As the kids played in the backyard, I played with Scriptation.

Then the first day of prep came. Seeing the parking spot that said “director,” walking into that office … I was directing episode eight in the final season of my beloved show. For real?

I cannot tell you how much I enjoyed prep, meeting with every department, people so smart, passionate, true experts in their fields. Picking which cars to use for scenes, which props I liked, locations, music, food for the Gallagher kitchen scene. So much preparation, and I was here for it. When I wasn’t in Zoom meetings, I would go over to the set and walk it as each character, blocking it all out, feeling the space. It helps being an actor for that part.

However, as much as I tried to be every character in each scene, to have it all blocked and shot listed, on the day, with the actual actors, it can all blow up. Luckily, I learned from shadowing the importance of being flexible. I needed that the most in the Gallagher kitchen scene. Let’s just say, that was the most challenging day for me. I wish I could show outtakes right now of me acting in the scene and then calling “cut,” — it’s a true trip. This entire journey has been. 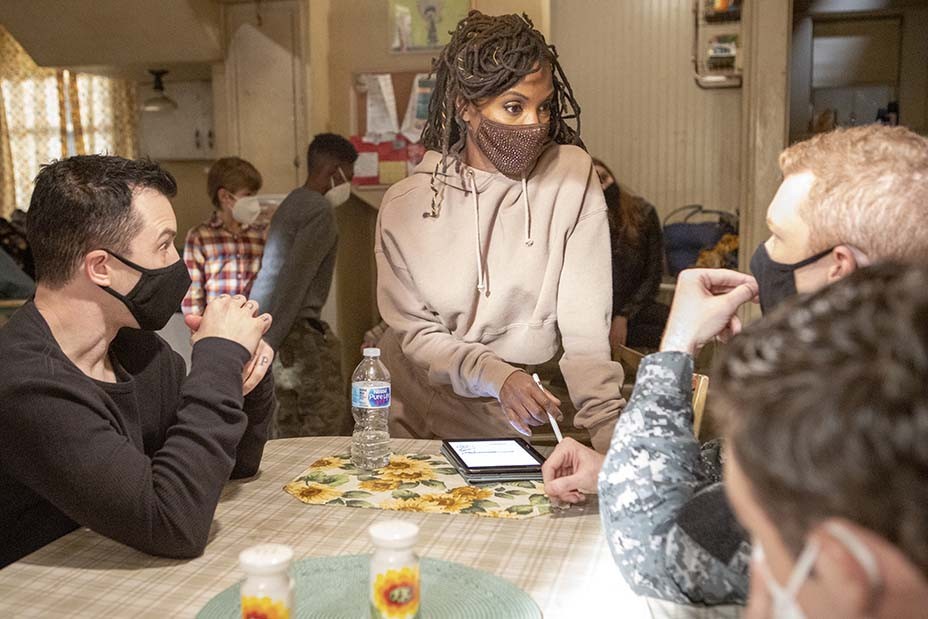 I’m asked what I have learned from having these experiences on this show. Well, I could talk about how I learned the subtly of acting from Bill Macy, or how to be a humble captain of a ship. I could even say I truly learned what it’s like to play tennis in a scene with the crazy talented Steve Howey, who became my best friend, one of my soulmates on this earth. Maybe I could say I learned what it meant to be fearless from Cameron Monaghan and Noel Fisher, who embraced telling a love story, so powerful, that it will go down in television history as one of the best told stories ever. Jeremy Allen White was a teacher of letting it all go on that screen, effortlessly, passionately, brilliantly. Emma Kenney and Ethan Cutkosky are the examples that child actors can become the most generous and loving adults. Emmy Rossum is the definition of smart and savvy. Yes, I could go on and on about those lessons, but what I truly learned, what I can say with confidence was the universal lesson, this feeling of these bonds, that this family is rare, it is unique, it is pure love. It can never be duplicated or re-created.

I learned that when I found my passion for directing and expressed it to John Wells and my entire cast, that I had cheerleaders in my arena. I learned that Bill would be the first one to knock on my trailer door with flowers and a “go get ’em” card. That Ethan and Emma would gift me my favorite thing in the world, cupcakes, followed by a huge bouquet from Cameron. Steve would not only give me flowers, but make a director’s seat cover to put on my chair, and Noel would make sure I had the latest app so I could see different size lenses and shots on my phone, making me look good in front of the DP. That every single person in this chosen family would show up for me, not only behind the scenes, but every time I called “action.”

I know how cliché it is to use this hashtag, but the truth is, this life-changing job, the discovery of new passions, these people, 11 seasons, I am undoubtedly #blessed. 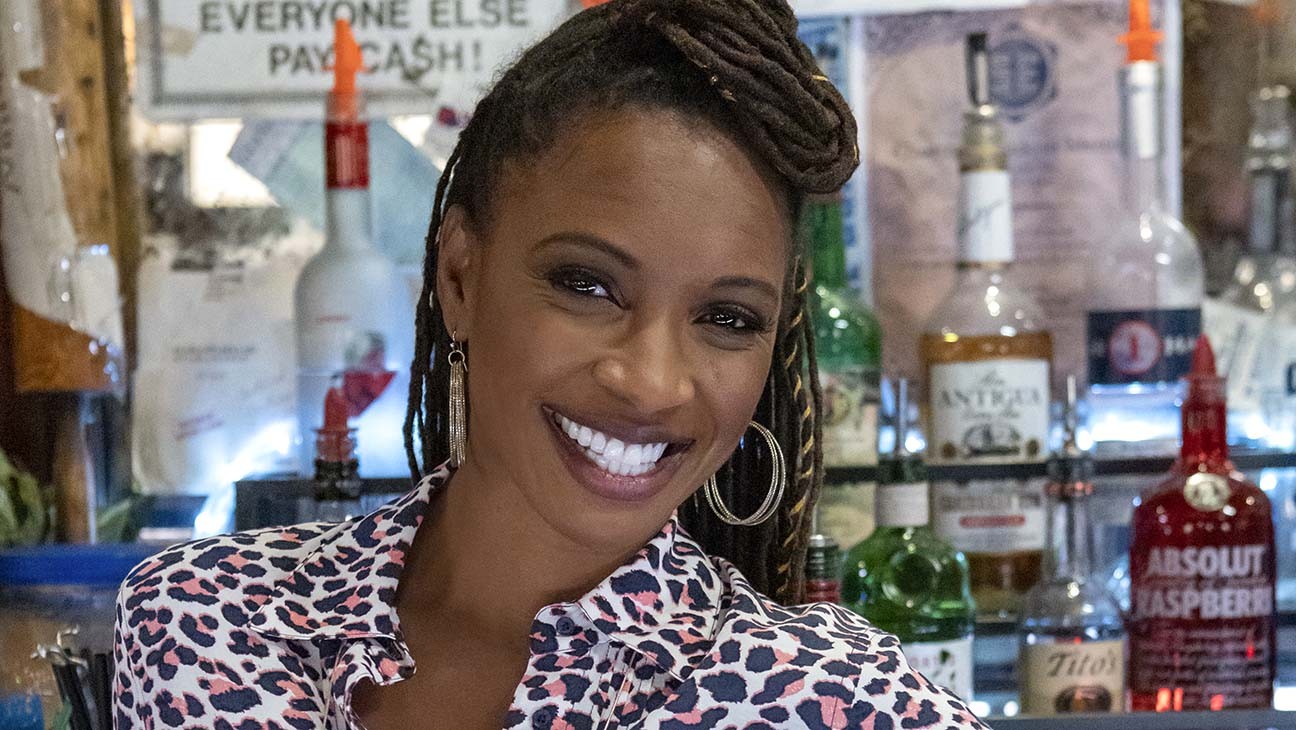