A powerful late winter snowstorm intensified over the central Rocky Mountains on Sunday with heavy snow and wind leading to airport and road closures, power outages and avalanche warnings in parts of Colorado, Wyoming and Nebraska.

According to the National Weather Service, the blizzard that dumped more than two feet of snow this weekend in the Denver area was the fourth largest in the city’s history. At least 24 inches of snow struck Boulder and Fort Collins and nearly 31 inches was reported in Cheyenne, breaking a two-day total record of 25.2 inches set in 1979.

Winter weather advisories remain in effect for parts of South Dakota, Minnesota, Iowa, Wisconsin and Illinois as remnants of the blizzard move eastward.

The National Weather Service in Wyoming called it a “historic and crippling” winter storm that would cause extremely dangerous to impossible travel conditions through at least early Monday.

Major roads southeast of a line that crosses diagonally from the southwest corner of Wyoming to its northeast corner were closed Sunday, including roads in and out of Cheyenne and Casper. 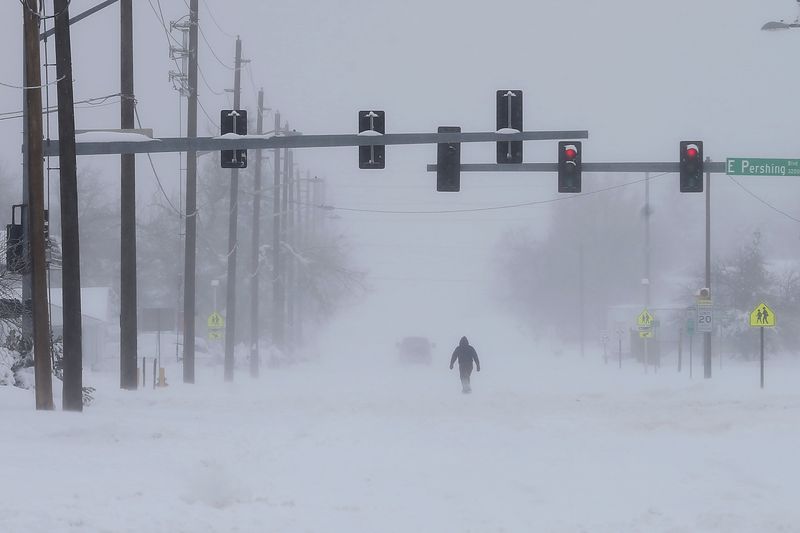 The Wyoming Department of Transportation suspended plowing operations in the Casper area Sunday due to heavy snow and a lack of visibility, the agency said.

“We had several plows drive off the roadway due to limited to zero visibility,” the agency said on its Facebook page.

A person who answered the phone at the Love’s Travel Stop in Cheyenne, but declined to give his name, said 98 trucks were stranded there. They were taking fuel out a can at a time to fill up generators on the trucks to keep their refrigerators or freezers running, he said.

Interstate 25 was closed north from Fort Collins, Colorado, to its end at Buffalo, Wyoming while Interstate 80 was closed across southern Wyoming and into the Nebraska panhandle, where 19 inches of snow were reported just south of Gering, Nebraska. 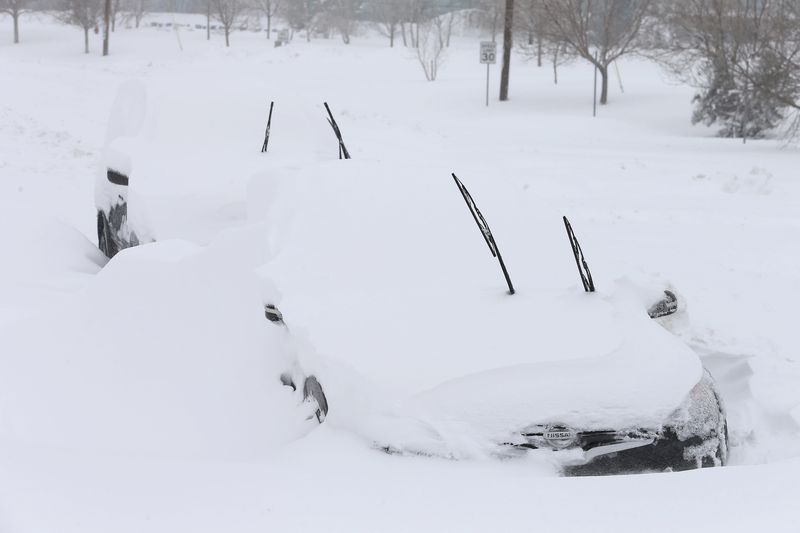 Nebraska’s transportation department asked people across the state to stay home to avoid strong winds and rain on the eastern side of the state and blizzard conditions in the west, the Omaha World-Herald reported. Traffic from Interstate 80 was routed into nearby cities and towns.

Denver Public Schools are taking a snow day on Monday, as will schools in Cheyenne and Casper in Wyoming. Some government offices in those areas also will be closed Monday.

At Denver International Airport, the runways were closed just before noon Sunday due to blowing snow and poor visibilities. “Many flights have already been canceled so the runway closures have minimal impacts,” airport officials said in social media posts. More than 19 inches of snow had fallen at the airport by 11 a.m. Sunday, the weather service said. 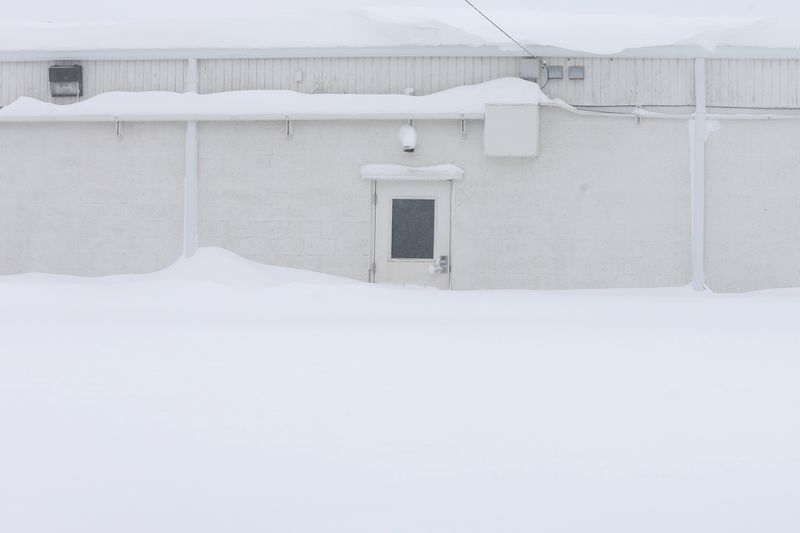 The Northern Colorado Regional Airport that serves the Fort Collins and Loveland areas was closed Sunday morning after receiving a foot of snow, according to the airport’s social media accounts.

An avalanche warning was in effect Sunday for the Rocky Mountains west of Fort Collins, Boulder, Denver and Colorado Springs where “intense snowfall will cause large and destructive avalanches,” Colorado Avalanche Center said. The center warned that avalanches could happen in unusual locations and recommended against traveling in the backcountry.

An avalanche blocked Colorado Highway 14 in north-central Colorado on Sunday, the Department of Transportation said.

Nearly 32,000 Xcel Energy customers were without power Sunday in north-central Colorado, while smaller outages were reported in the same area by the Poudre Valley Rural Electric Association

Rocky Mountain Power in Wyoming has reported several outages. At one point overnight, service was interrupted to nearly 2,600 customers in Casper and Glenrock and 2,800 customers in Lander. Just under 1,000 people were without power in the Casper area on Sunday.

The Associated Press contributed to this report.