By ArLuther Lee, The Atlanta Journal-Constitution

Gunmen believed to be members of drug cartels opened fire on a police convoy near Mexico City Thursday, killing eight deputies and five investigators in the worst mass slaying of law enforcement officials in the country since 2019, according to reports.

The ambush occurred in the badlands of Mexico State, a treacherous region overrun by gangs and desperadoes, just south of Mexico City, where military and public safety authorities launched a massive search for the killers.

Government soldiers, the Mexican marines and troops from the Mexican National Guard were combing the area by land and air, according to ABC News.

The 13 massacred officials from Mexico State were ruthlessly ambushed while conducting surveillance meant to crack down on criminal activity, said Rodrigo Martínez Celis, the head of the state Public Safety Department. 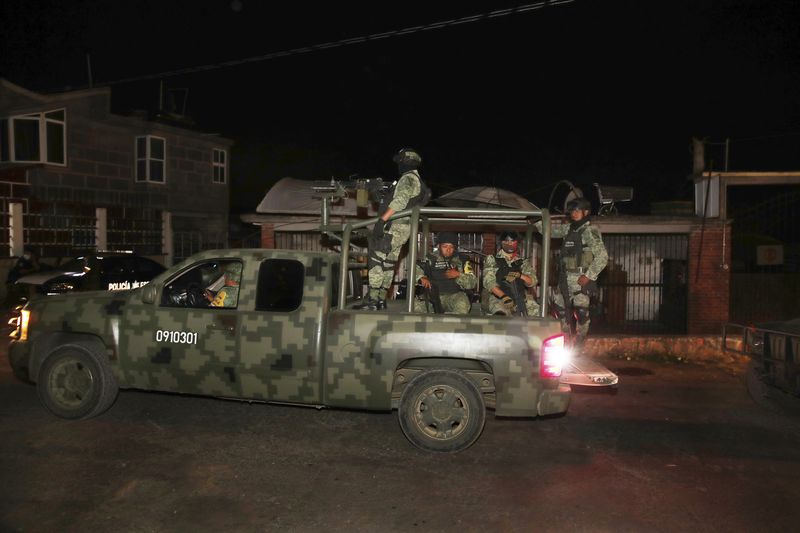 “The convoy was carrying out patrols in the region, precisely to fight the criminal groups that operate in the area,” Martínez Celis said. “This aggression is an attack on the Mexican government. We will respond with all force,” he said.

As of Friday no arrests had been made and no cartel group had claimed responsibility for the killings. Officials were at a loss to say exactly which gang or cartel the gunmen may have belonged to, ABC reported.

Several outlaw groups operate in the area around Coatepec Harinas, where the attack occurred.

The deadly attack could ultimately prove to be problematic for President Andrés Manuel López Obrador, whose nonconfrontational approach to drug cartels hasn’t done enough to curtail violence in the country, ABC said.

In June 2020, Mexico City’s chief of police was shot three times in an assassination attempt that left two of his lieutenants and an innocent woman dead. That ambush was blamed on the Jalisco New Generation Cartel, one of Mexico’s most powerful and violent drug gangs.

In October 2019, cartel gunmen ambushed and killed 14 state police officers in the neighboring state of Michoacan.

The following month, drug cartel gunmen opened fire on a family caravan leaving nine women and children dead near La Mora in northern Mexico. Three American mothers and six of their children were among the dead.