By ArLuther Lee, The Atlanta Journal-Constitution

Twitter CEO Jack Dorsey this week became the first social media executive to publicly acknowledge that his platform helped spread election misinformation that sparked the deadly riot at the U.S. Capitol on Jan. 6.

During a five-hour virtual hearing Thursday, lawmakers on the House Energy and Commerce Committee grilled Dorsey along with Facebook CEO Mark Zuckerberg and Google’s Sundar Pichai about the role social media played in creating a frenzy among supporters of former President Donald Trump that led to the insurrection and five deaths.

It was the first time that the three Big Tech bosses faced scrutiny about the riot since Joe Biden became president. 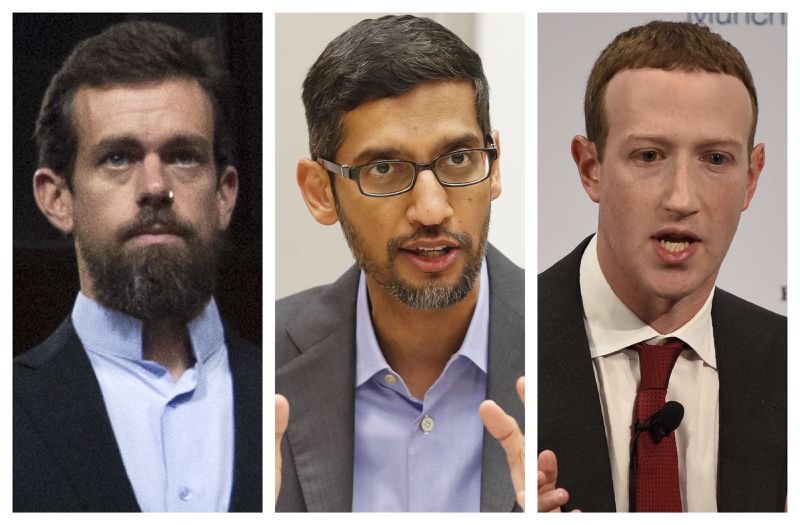 In one notable exchange, Democratic Rep. Mike Doyle of Pennsylvania asked the executives if their platforms contributed directly to the riot by allowing people to freely spread falsehoods about the 2020 election.

Dorsey was the only one of the three who didn’t dodge the question, according to the Times.

“Yes,” he said. “But you also have to take into consideration the broader ecosystem. It’s not just about the technology platforms we use.”

Doyle continued to press the other two execs for their views.

“How is it possible for you not to at least admit that Facebook played a leading role in facilitating the recruitment, planning and execution of the attack on the Capitol?” he asked Zuckerberg, who placed blame on the rioters and prominent advocates of the “Big Lie.”

“I think that the responsibility here lies with the people who took the actions to break the law and do the insurrection,” he said.

Doyle shot back: “But your platforms supercharged that.”

Lawmakers also suggested the companies had been driven by financial gain as users were free to click and share extreme content and advertisements that purposefully kept them engaged.

Members of both parties indicated that Congress might take a second look at a law that protects social media platforms from liability when suspect content is posted by users, the Times reported.

The Jan. 6 riot, which left five dead, was sparked by months of false claims by Trump and others in the GOP who spread the unsubstantiated notion that widespread voter fraud got Biden elected and cheated the incumbent out of a second term.

Trump never produced any concrete evidence of cheating in the courts, which dismissed dozens of lawsuits based on merit and improper legal standing.

After nearly a year of Trump repeatedly posting unproven claims about the integrity of the 2020 election, the president was finally permanently banned on social media, with platforms citing security risks to Biden’s inauguration.

Following the Capitol siege, the move by Facebook, Twitter and other social media companies left Trump without his immediate ability to rile up his supporters with misinformation that could lead to additional violence during his final days in office.

It was the most aggressive action ever taken against Trump, who used the platforms to make countless political attacks and spread false conspiracy theories.

Trump critics say social media companies initially enabled the president to freely spread falsehoods about election integrity, which created a frenzy among his base who desperately wanted Trump to remain in office.

“We’re all aware of Big Tech’s ever-increasing censorship of conservative voices and their commitment to serve the radical progressive agenda,” said Rep. Bob Latta of Ohio, the ranking Republican on the panel’s technology subcommittee.

Conservatives have claimed the bans amounted to illegal censorship and an infringement on free speech rights, despite terms and conditions by the platforms that prohibit misinformation and threats of violence.

Notably, U.S. law respects a private company’s right to do business with whomever it chooses in spite of the Constitution’s guarantee of free speech, according to legal experts.

On Thursday, the Big Tech executives defended their businesses, saying they had invested heavily in hiring content moderators and in technology such as artificial intelligence, used to identify and fight disinformation.

Facebook first paused all political ads in the U.S. in November and then banned the “Stop the Steal” protest movement for repeatedly echoing the president’s false claims.

Still, numerous Facebook groups and accounts were found to have called for insurrection on Jan. 6.

The FBI alleges that groups that participated in the riot, including the Oath Keepers and the Proud Boys, coordinated some of their actions on social media.