Cheaper configurations will join shortly afterward, with the $79,995 base model not arriving until 2024.

– We’ll have full details and specs on the Hummer EV SUV on Monday, April 5, when it’s officially unveiled.

The Hummer will return this fall as a 1000-hp fully loaded Edition 1 electric pickup truck, but GMC’s new electric vechile will also be available as an SUV with removable roof panels and seating for five. The 2024 Hummer EV SUV won’t be available until 2023, though, when it will also be initially available as a $105,959 Edition 1 model (pictured above), with the cheapest version not arriving until 2024. 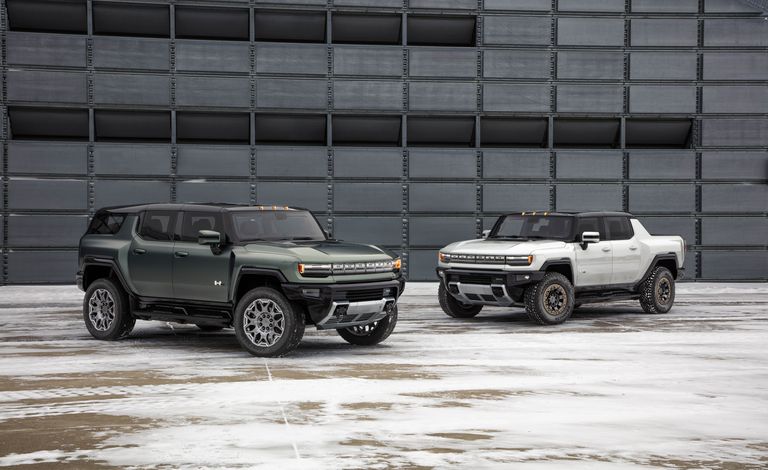 It has the same looks as the pickup that made its debut last year, although it’s shorter and has a spare tire mounted on the back like a Jeep Wrangler or the new Ford Bronco—or the Hummer H2. The Edition 1 model rides on a set of 22-inch wheels and includes side steps and floor liners. GM’s Super Cruise hands-free driving technology is standard on every Hummer EV.

The Hummer EV SUV has the same trims and pricing as the pickup, and the Edition 1 model will be the first to arrive. It has an estimated 300 miles of range (50 less than the pickup), 830 horsepower, and GMC claims a zero-to-60-mph time of around 3.5 seconds. The Edition 1 SUVs have 170 less horsepower then the pickups because they have a smaller battery since the wheelbase is 8.9 inches shorter. GM hasn’t announced battery capacities yet, but it’s capable of 800-volt DC fast charging.

In spring 2023, the $89,995 Hummer EV2X and $99,995 Hummer EV3X will be available. The cheaper model has 625 horsepower while the EV3X has the same output as the Edition 1. Both have an estimated 300 miles of range. The cheapest $79,995 Hummer EV2 won’t arrive until spring 2024, alongside the cheapest pickup version. It has an estimated 250-mile range and makes 625 horsepower, although the capability of 800-volt fast charging and a bigger battery good for 300 miles of range are optional. 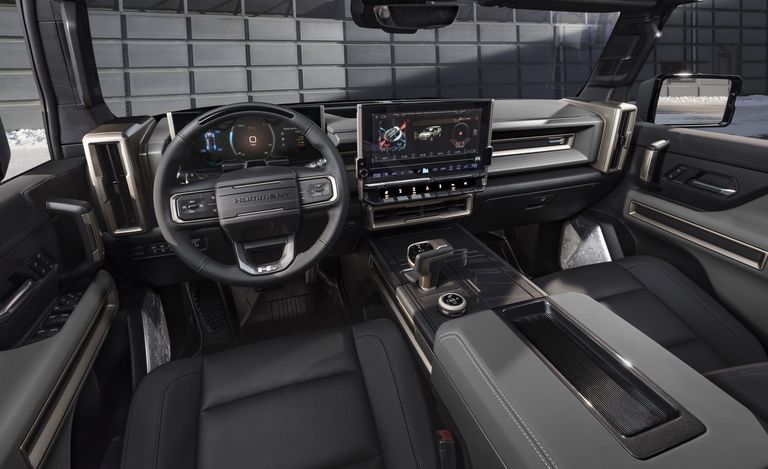 An extreme off-road package is available on each Hummer EV SUV except the base model. It adds 18-inch wheels wrapped in 35-inch mud-terrain tires, skid plates, rock sliders, a front electronically locking differential, rear motors that can electronically mimic a locked diff, heavy duty half-shafts, and underbody cameras. GMC hasn’t announced pricing, but on the Hummer EV SUV Edition 1s, it costs $5000. CrabWalk, which uses the four-wheel steering to align all the wheels at the same angle, is also available.

Reservations can be made online, and the first Hummer EV SUVs will begin production in two years. We’ll have much more detail about the new SUV version of the Hummer on Monday, April 5, when the vehicle has its official unveiling.