World leaders are reacting to Friday’s news that Prince Philip is dead at the age of 99.

Blair described Philip, also known as the Duke of Edinburgh, as a man who was way ahead of his time in fighting for the protection of the environment, reconciliation among religious faiths and in the creation of programs to help young people.

“Our whole nation will be united in sadness at the passing of Prince Philip,’’ Blair said in a statement. “He will naturally be most recognized as a remarkable and steadfast support to the Queen over so many years. However, he should also be remembered and celebrated in his own right as a man of foresight, determination and courage.”

Former U.S. President George W. Bush praised Philip’s devotion to worthy causes and to others in a statement issued on behalf of himself and his wife, Laura.

“He represented the United Kingdom with dignity and brought boundless strength and support to the sovereign. Laura and I are fortunate to have enjoyed the charm and wit of his company, and we know how much he will be missed,” Bush said.

He added he and his wife offer heartfelt condolences to Queen Elizabeth II and the rest of Philip’s family.

France’s Europe minister, Clement Beaune tweeted, “Prince Philip was a grand figure of the century for the United Kingdom,” following his death at age 99.

“Thoughts and friendship toward the British people,” Beaune added.

News of Philip’s death is trending in France but the immediate reaction was muted in this staunchly republican country.

Britain began mourning Philip’s death on Friday from the moment the BBC interrupted scheduled programming to broadcast the national anthem, “God Save the Queen.” 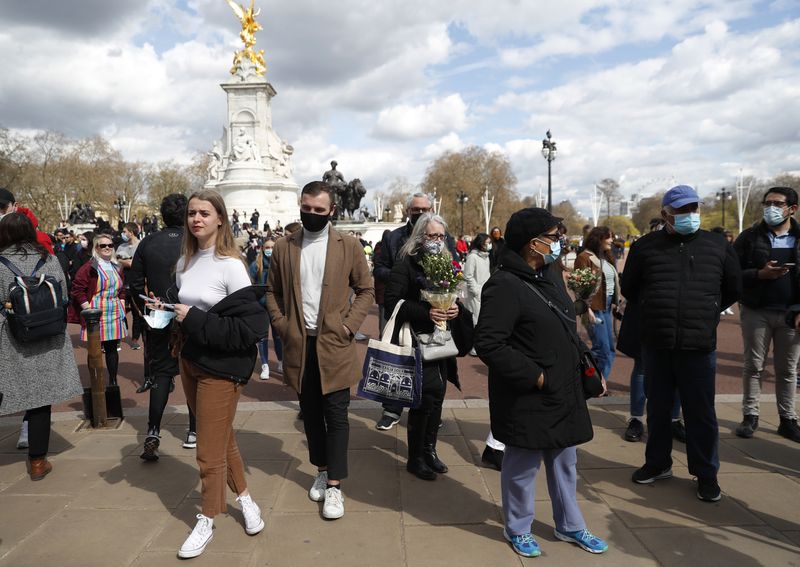 Soon after the announcement, people began to line up outside Buckingham Palace to see the official death notice that had been attached to the gate. The flag at the palace, the queen’s residence in London, was lowered to half-staff.

British Prime Minister Boris Johnson said Philip “earned the affection of generations here in Britain, across the Commonwealth and around the world.’’

“Like the expert carriage driver that he was, he helped to steer the royal family and the monarchy so that it remains an institution indisputably vital to the balance and happiness of our national life,’’ Johnson said.

Keir Starmer, leader of the opposition Labour Party, was among the first to offer his condolences, noting Philip’s long record of public service, first as as a naval officer during World War II then during more than 70 years of marriage to the queen.

“He will be remembered most of all for his extraordinary commitment and devotion to The Queen,” Starmer said in a statement.

“For more than seven decades, he has been at her side. Their marriage has been a symbol of strength, stability and hope, even as the world around them changed — most recently during the pandemic. It was a partnership that inspired millions in Britain and beyond.”