As coffee shops become communal again, Vinh Le of Cicada Coffee is hoping to lure diners with his take on the northern Vietnamese drink, which is best served in-person.

Vinh Le serves ten honey mousse espressos a day at Cicada Coffee in Cambridge, a new Vietnamese café in the heart of Dunkin’ country. And while Dunkin’s now offering a “vanilla-forward” sweet cold foam to top its coffee beverages, inspired by an influencer and conceived by research and development technologists, Le’s top layer of aerated yolks and local honey is so personal and precious to him, no other staff behind the counter are allowed a hand in his process, which involves pasteurizing the eggs and prepping the base a day in advance to pressing the nozzle over the snifter of espresso.

“I prefer to use cooking techniques in coffee and making drinks,” Le says, drawing on his past as a cook at Ming Tsai’s Boston restaurant, Blue Dragon, and more recent forays as chef of the roving pop-up Nem Kitchen Lab.

Le’s creation is a sophisticated take on Hanoi-style egg coffee, a traditional northern Vietnamese drink dating back to the 1940s, when fresh milk was scarce. The classic egg coffee recipe leaves too much room for error for the amateur coffee enthusiast, which may explain why the drink didn’t see the same pandemic publicity boost as drinks like South Korean Dalgona coffee (instant coffee and sugar whisked hot, and topped off with cold milk), which went viral on Instagram as coffee shops around the country shuttered. Le cites the temperature of eggs and proportion of espresso as the highly precise factors that can throw off the coffee’s balance. 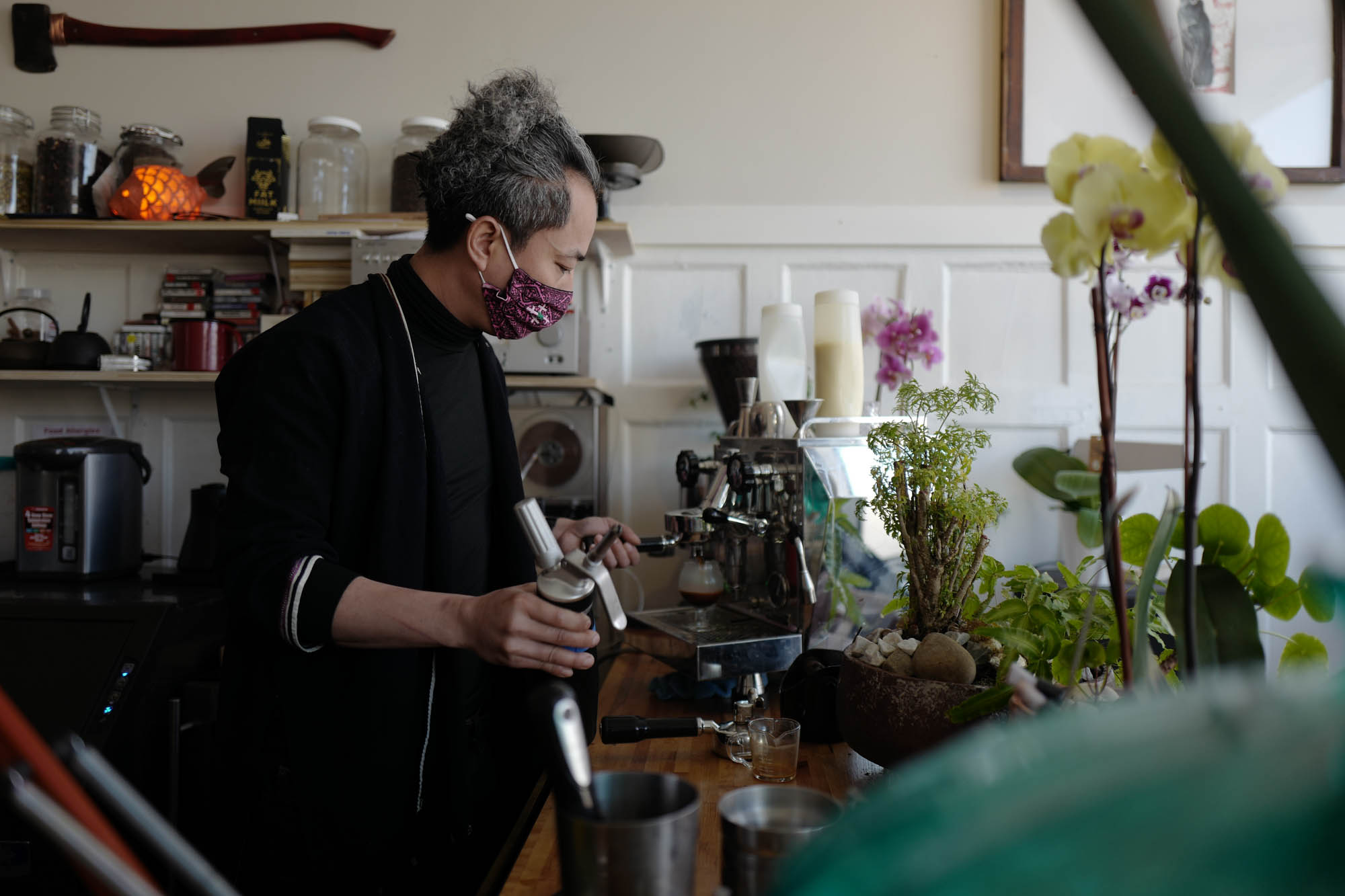 In recent years, egg coffee has appeared on the menus of more high-profile coffee shops, on both coasts. However, those Asian-American businesses were some of the hardest hit during COVID-19. Cafe Phin, which operated out of An Choi, on the Lower East Side of Manhattan, shuttered last July, and Round K Cafe, a NYC coffee shop and roaster that expanded to Los Angeles in 2018, lost its lease in April.

Round K owner Ockheyon Byeon deprioritized his menu offerings as he hustled to keep his business open this past year, removing Dalgona and egg coffee from his menu, while opening a series of pop-up cafés across New York City’s Lower East Side that has kept his staff working as he focuses on his roastery and consulting operations.

“We decided to focus all our time on making business plans, providing resources, and most importantly creating jobs for people in need when COVID hit the hardest,” he says.

Byeon plans on reopening Round K, and reinstating his full menu, in Chinatown later this year. In the meantime, aesthetic crowd pleasers like grape-hued ube lattes and cacao-and-coconut ash stained matte black lattes are available through a takeaway pop-up at Reception Bar. And there’s even a Round K pop-up at the New Design High School on Grand Street. Byeon supplied the high school with its own commercial-grade espresso machine and grinder free of charge and let the school run the shop however they see fit.

He’s also supplying Round K coffee beans to the Bowery Mission. “We just want to do what we can in our power to help people, securing one job and saving one business at a time,” he says. 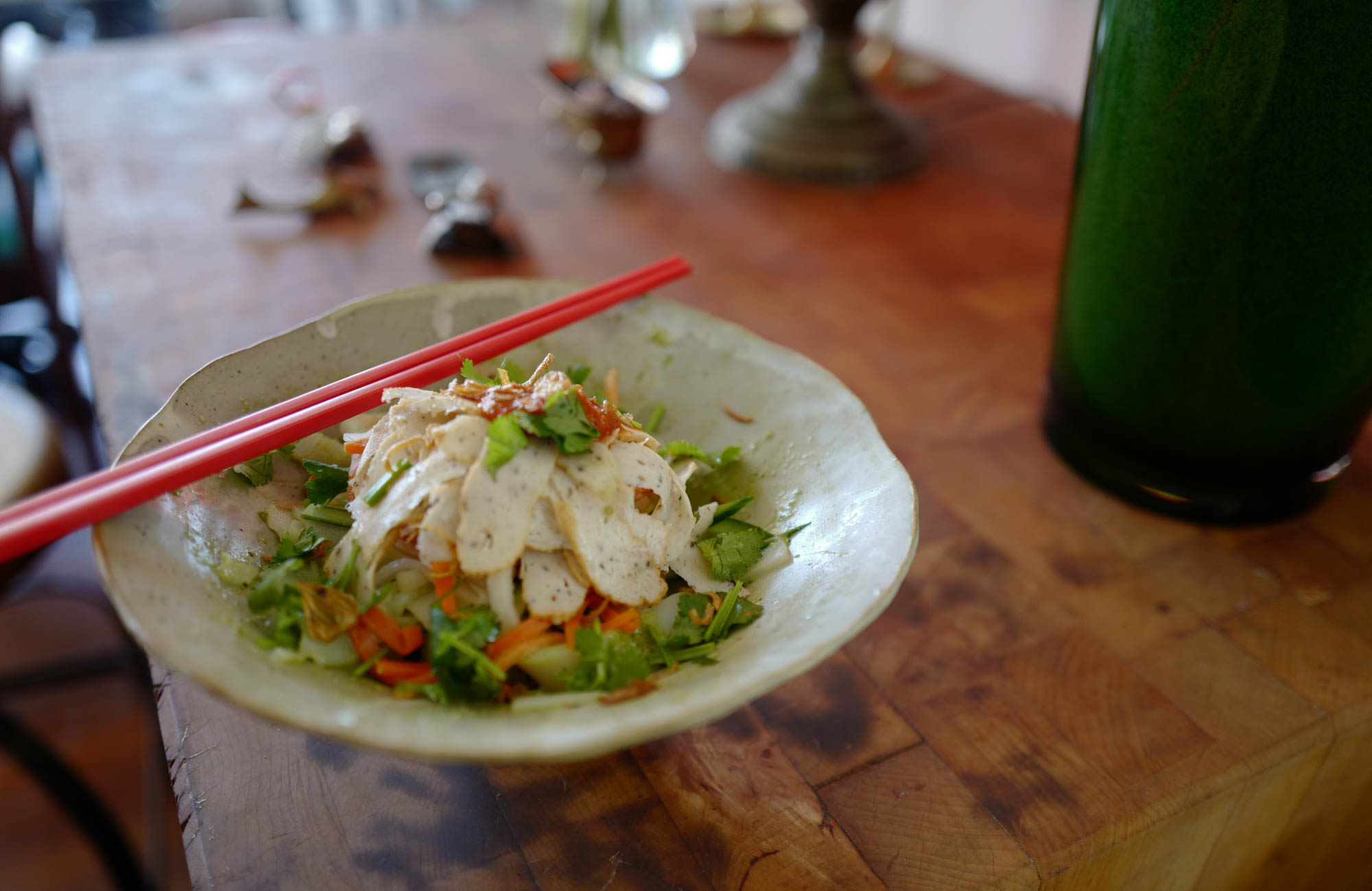 When I sampled Le’s egg coffee at Cicada in Cambridge, it tasted of nostalgia more than anything. It wasn’t the nostalgia reserved for people lucky enough to have sipped it in Hanoi, where the original version at Café Giang, tweaked with butter and cheese, has become a bucket-list spot. Instead, what I felt was the nostalgia for a communal experience that was neither the result of a takeaway phone order, nor some transactional excuse to take up real estate with my laptop for the afternoon.

Communal experiences are on the rise right now, but a coffee shop, with its social dynamics and aromatic charms, is one of the better uses of a Massachusetts law that limits customers to 90 minutes indoors. And Le is bracing for that return to normal.

While Le insists Cicada Coffee won’t ever have wifi, he’s offering two better reasons to linger over your drink on the horizon. The café’s open kitchen, which currently serves house-cured salmon banh mi and rice noodle salads, will soon operate in the evenings as a new home for NEM Kitchen Lab once his liquor license comes through. Then he promises to give his egg coffee some added kick, with a bourbon floater. Assuming you’re lucky enough to catch him behind the bar.