An investor presentation also states that the Sonata mid-size sedan and Palisade SUV will be updated next year.

– Hyundai confirmed several new models in an investor presentation, as reported by Motor1.

– New vehicles coming in 2022 include a Genesis GV70 EV, an Ioniq 6 sedan, and updates for the Hyundai Palisade and Sonata and Genesis G90.

– We should learn more about these new models next year.

Hyundai’s ambitious new-product launch cycle will continue into 2022, with an investor presentation confirming several new EV models and updates to existing vehicles. The Genesis GV70 compact crossover will spawn an electric variant, and a new Ioniq 6 sedan will join the Ioniq 5 hatchback in Hyundai’s new EV subbrand. Updates will also be applied to the Hyundai Sonata and Palisade and the Genesis G90 full-size luxury sedan.

The GV70 EV will likely follow the template established by the Electrified G80, which features a battery-powered electric drivetrain but looks nearly identical to the gas-powered sedan. It may be called the Electrified GV70. We expect it to be sold in the U.S. market eventually, possibly for the 2023 model year. 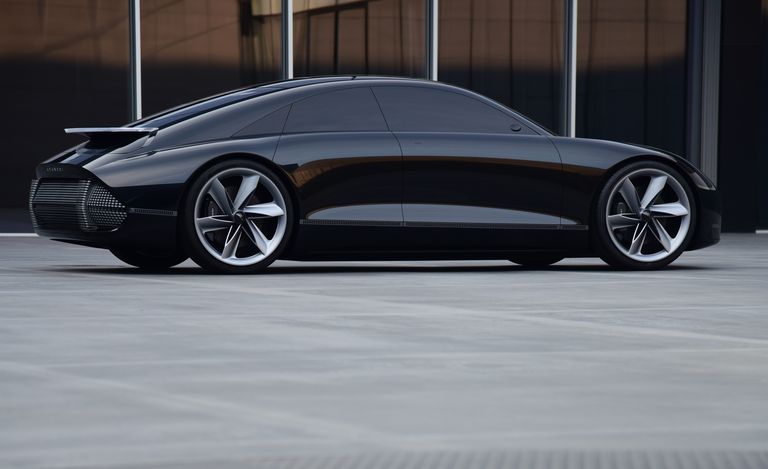 The Ioniq 6 will be a sedan and may look somewhat like the Hyundai Prophecy concept car shown last year. Its name implies that it will be slightly larger and more expensive than the Ioniq 5, and Hyundai describes it as being mid-size.

Hyundai will also apply mid-cycle updates to various models. The first to arrive, sometime later this year, is the 2022 Genesis G90, which will likely adopt the same “two lines” styling motif seen on the rest of the luxury brand’s models. Next year, we’ll see visual updates for the 2023 Hyundai Sonata mid-size sedan and the 2023 Hyundai Palisade three-row SUV.

Look for more news to come in the coming months about Hyundai and Genesis’ expanding lineup.